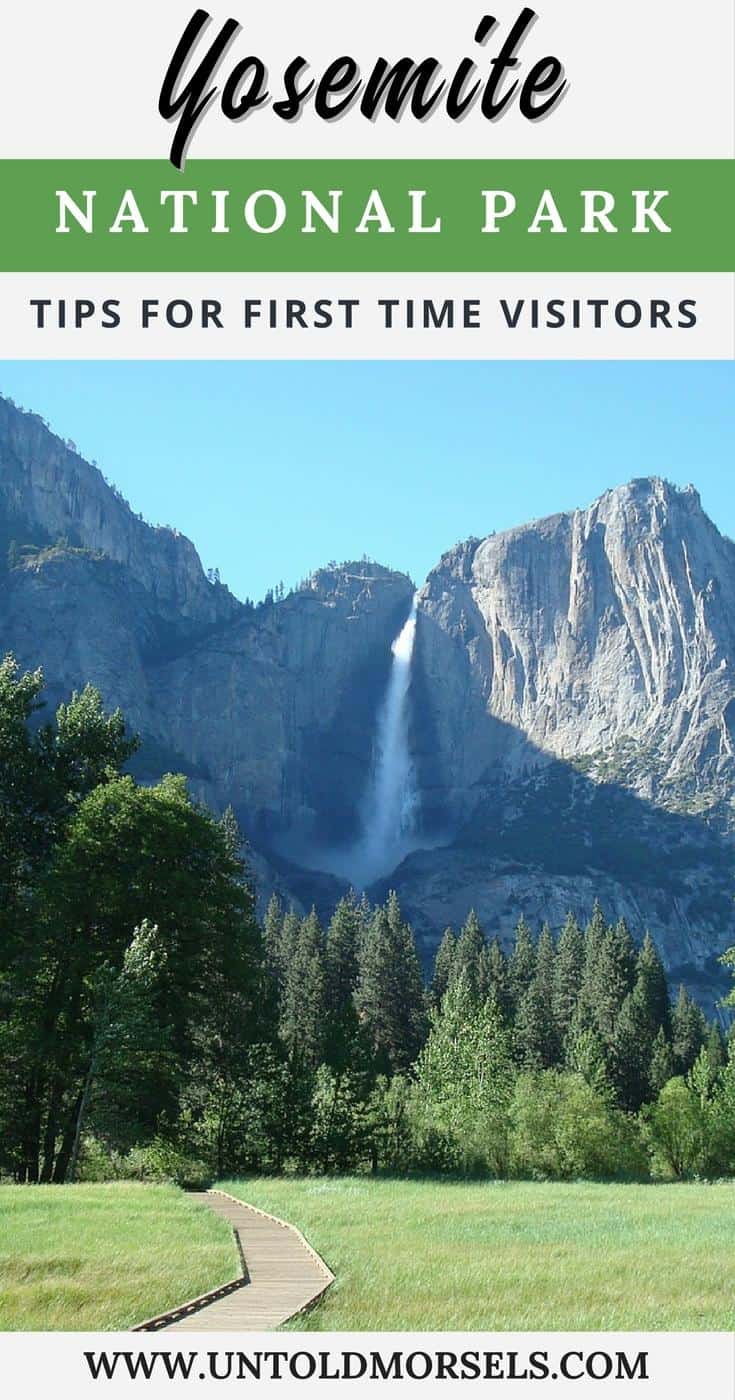 Many moons ago I went on a family trip to Yosemite National Park. I wasn’t sure what to expect but I remember clearly the incredible beauty that hits you the moment you arrive. Mountains, forests and waterfalls are all features of the park which lies in California’s Sierra Nevada mountains. It’s a very special place.

So when our guest poster Andrew wrote asking if he could contribute a piece on Yosemite to Untold Morsels I jumped at the chance to showcase this beautiful part of the world. 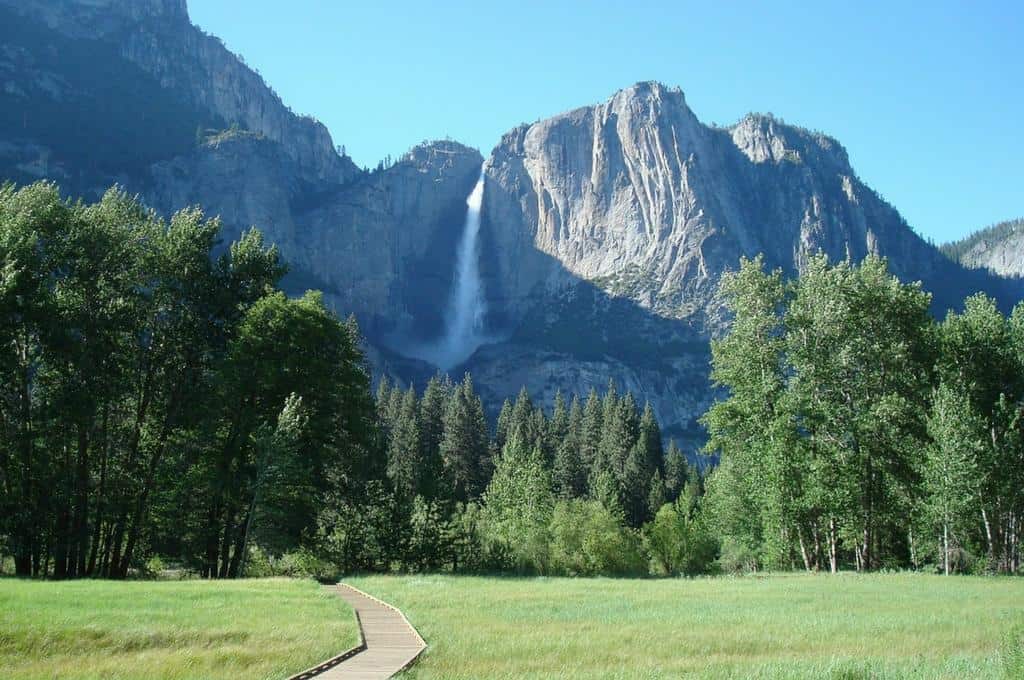 I’ve visited a lot of places all around the globe; some have definitely been ‘one-timers’, while others have needed a few extra visits to get everything ticked off my ‘to do’ list. However, there’s one destination that is so stunning, and so magical, that it just keeps me coming back for more, and that’s Yosemite.

If I had to take a guess, I’d say that I’ve spent more vacation time at Yosemite National Park than anywhere else, and I’m still not bored of it! I could talk for hours (or days!) about everything there is to see and do here, but if you’re visiting for the first time then you really need to prioritize the main highlights of the park.

Here’s some ‘insider tips’, helping you to make the most of your first visit:

Tips for your first visit to Yosemite 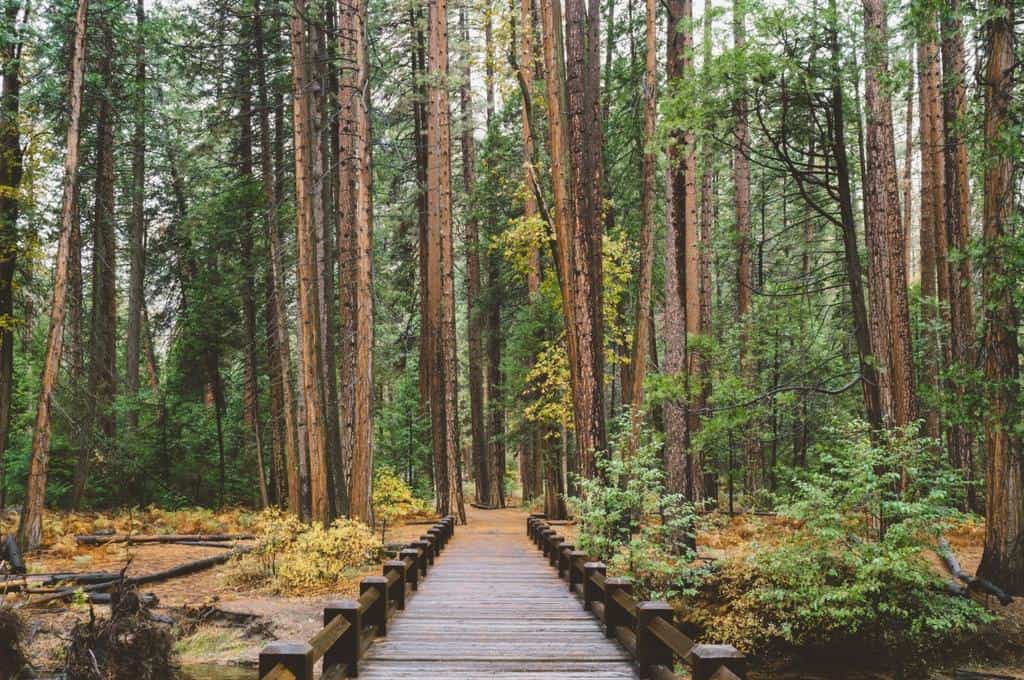 Although I’ve been to Yosemite National Park many times, that drive in still takes my breath away. It’s one of those views that never gets tiring, and it’s one that you’re not going to want to take your eyes off. But you should. Trust me! As mesmerizing as the nature of Yosemite is, there is so much more to the park than simply staring at mountains.

One of the first stops I make at Yosemite is always to the Valley Visitor Centre because it’s a great place to chat to the local rangers, and if you’ve never been to Yosemite it’s well worth checking out the videos which provide you with a bit of understanding and orientation before you get stuck into the wilderness! 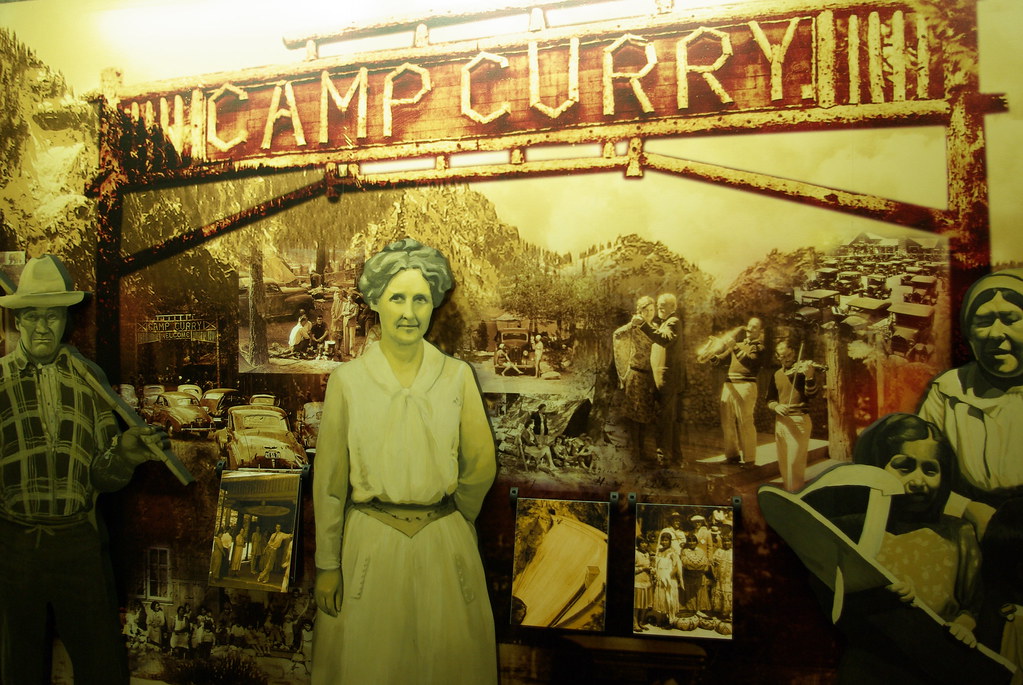 If I’m out Wawona way, I also stop by the visitor centre there to pick up souvenirs. It’s only a small place, but I find it to be a little less crowded than other centres. 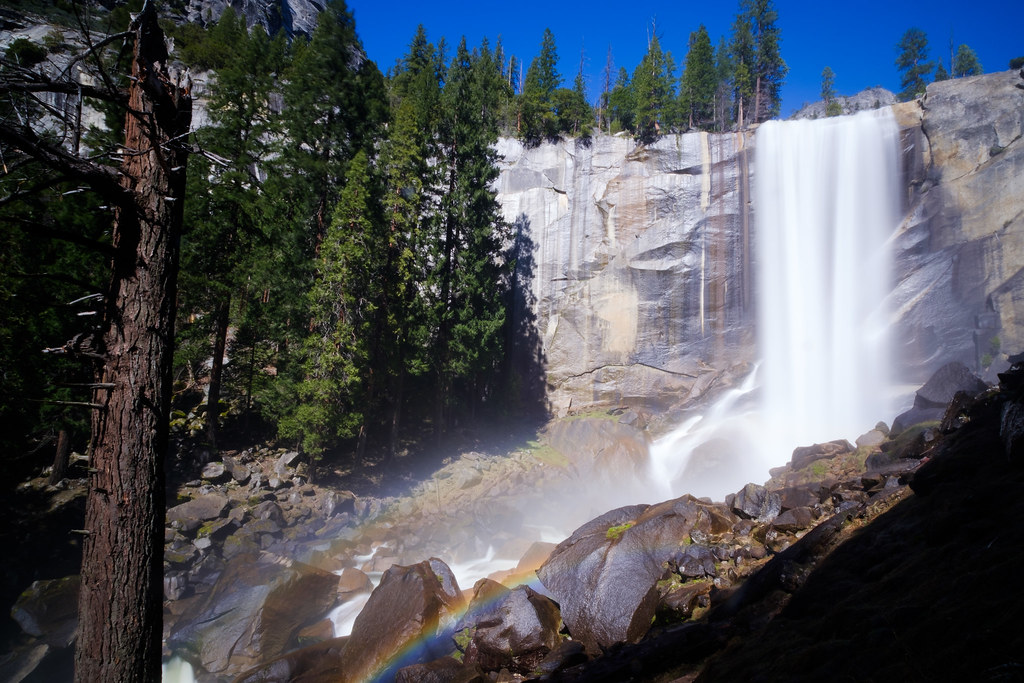 Some people say ‘if you’ve seen one waterfall, you’ve seen them all’. I say these people have obviously never been to Yosemite! However, unless you’re planning on sticking around for a month or so, there’s no way you could fit them all in on a single visit — especially your first visit!

So pick one, and save the rest for another time.So which waterfall should you pick? I could easily narrow the choices down to 3. If you’re visiting Yosemite with kids or people who struggle with long walks, then your best bet is either the Lower Yosemite Falls (you can see the creek, too!) or the Bridalveil Falls which are both only short walks on paved paths.

If you’re a little more able and adventurous, then I recommend a walk to the Vernal Fall footbridge, or even carrying on a bit further to the top of the falls (but be warned: it’s quite steep!). 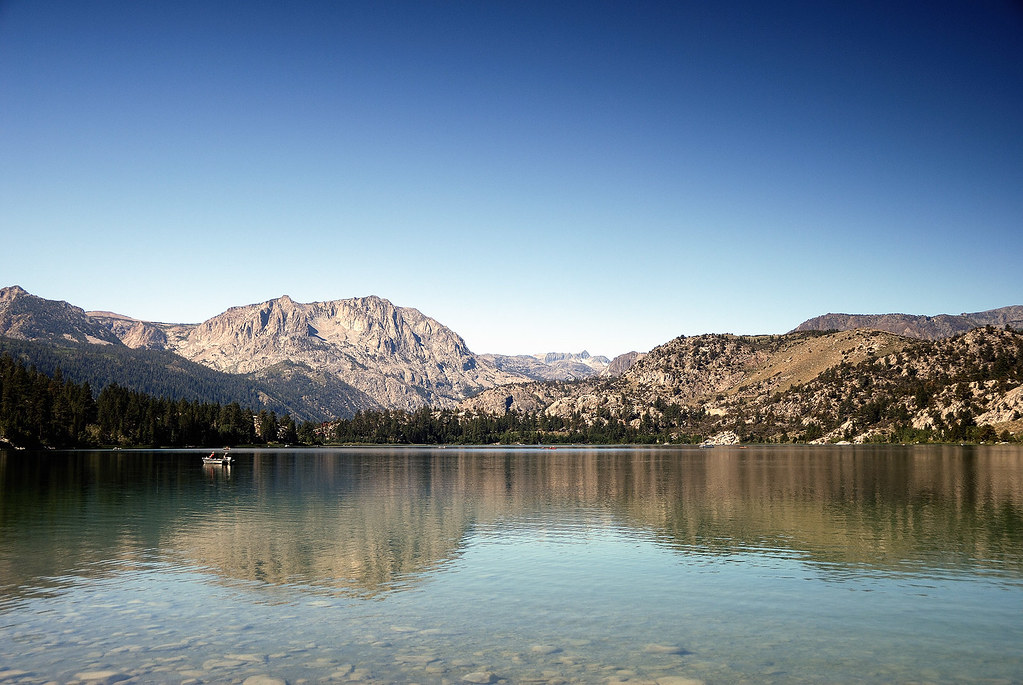 I think that one of the reasons why I love Yosemite so much is that I don’t feel confined to staying within the National Park; there’s a whole load of natural beauty to be explored in this part of the world.

I like to take at least one day trip from Yosemite, and I’ll be honest here: most of the time I end up at June Lake! I’ll often take in the ‘loop’, which is a scenic drive that covers June Lake as well as Gull Lake, Silver Lake, and Grant Lake, but June Lake will always be my favourite.

I think that if it’s views you’re after, June Lake is the best because it offers spectacular sights of the Nevada Sierra mountains, as well as the Yosemite border. It’s also a pretty popular place for watersports so there’s always something exciting going on here.

I only do this trip if Route 120 is open, though, because otherwise that 3 hour drive turns into 6!

Travelling to Yosemite for a camping trip or in your RV? You can easily find and reserve your campsite using this handy app 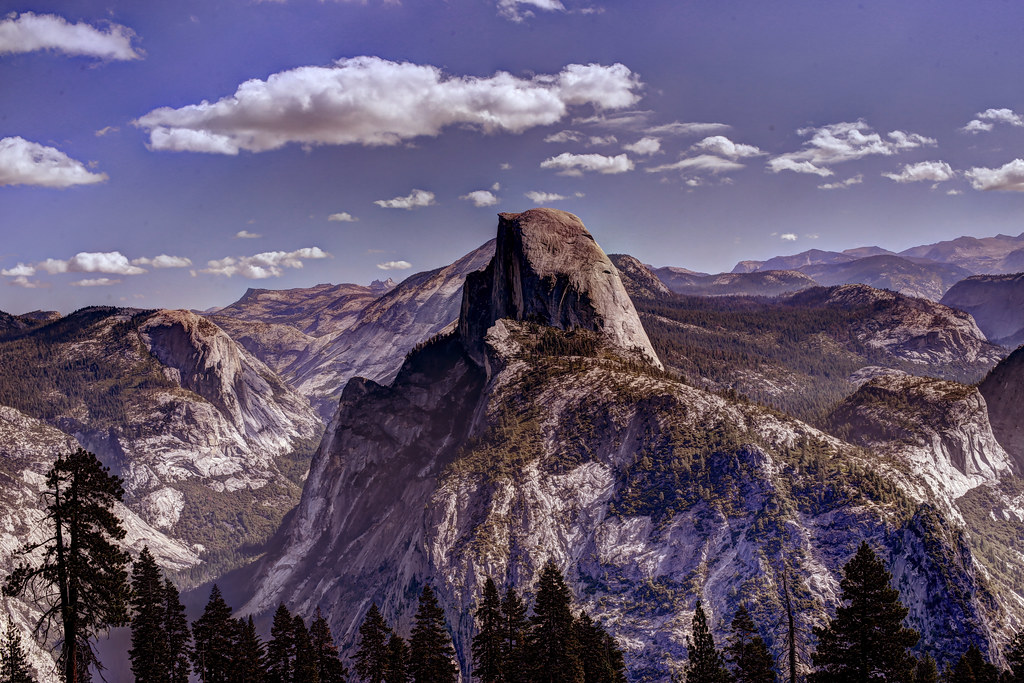 One of the first times I visited Yosemite National Park I ended up on a hiking trail that took far longer than I intended, and missed out on so much (I never even made it to the giant sequoias). Don’t make the same mistake!

On your first visit, try to stick to the shorter trails, leaving you with time to enjoy the other attractions within the park. If you’re fit and healthy, then the Four Mile Trail (which is a bit misleading… it’s actually 4.8 miles!) is excellent for first-timers. It’s moderately challenging, but there are great views all the way up, and you’ll end up right at Glacier Point, so it’s a double whammy, really.

If you don’t fancy walking back down, there’s usually a bus in during the summer months (the Glacier Point Hiker’s Bus) which will get you back to the valley a lot faster, and give you an opportunity to rest those tired legs! 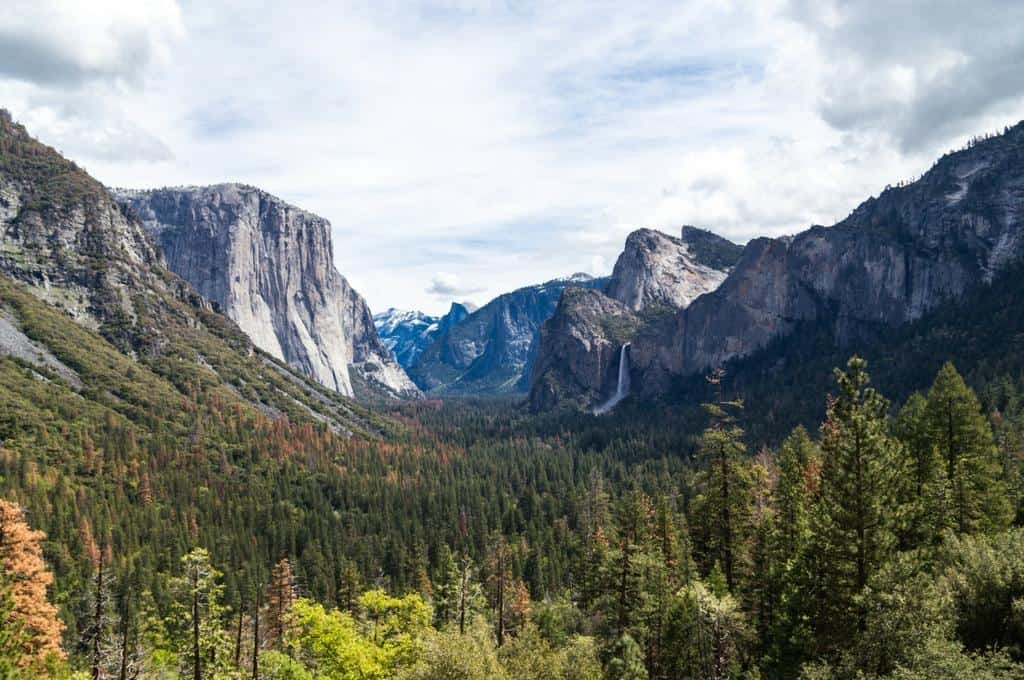 If you decide to come back to Yosemite National Park again (and you will), there’s even more to explore and discover.

Next time, how about heading to the Tunnel View lookout, or visiting the giant sequoias? You could also stop by the nature center, or sightsee from the free valley shuttles.

Yosemite National Park is a place where, even if you think you’ve seen and done it all, you’ve barely even scratched the surface.

Andrew Lowen and his family have been a part of the June Lake community since 1968. They love June Lake and are eager to share the experience with those who appreciate the grandeur that the Eastern Sierras have to offer. They are offering a perfect place for that with the Yosemite Gateway Chalet.