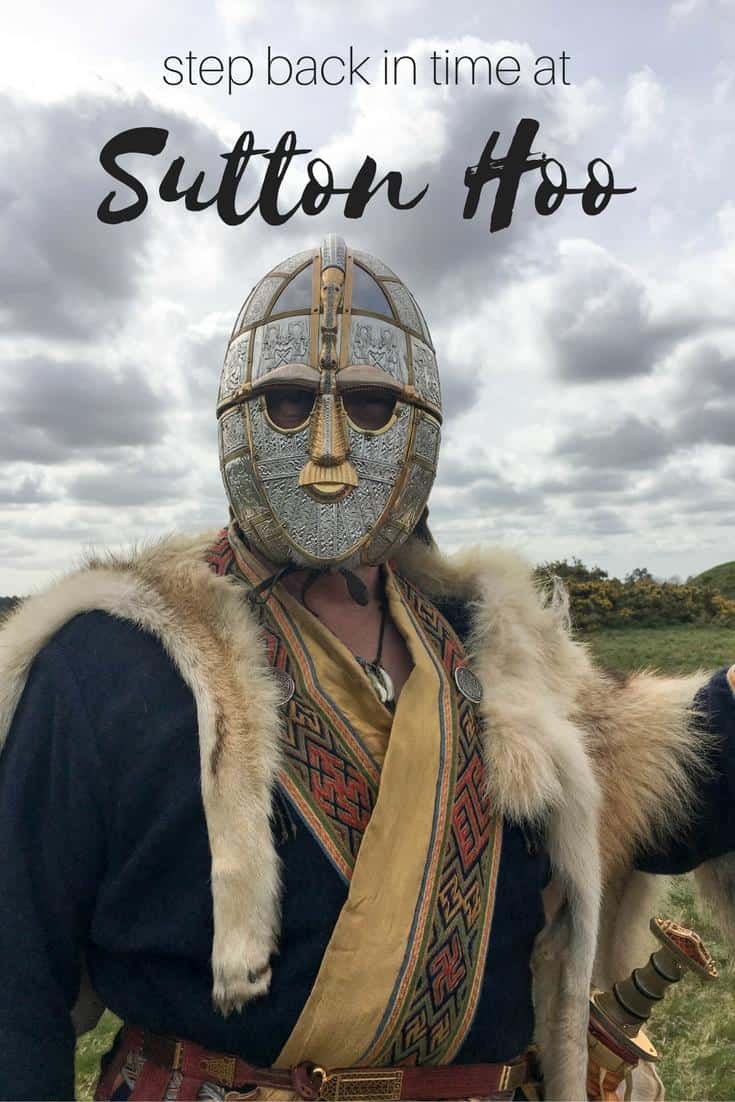 If cost was no object how would you like to exit this world? I am quite taken by the thought of going out in a burst of fireworks. Yes, it is possible – just Google it.

Our predecessors knew a thing or two about dramatic exits and you can discover this not far from London at the site of one of the world’s most important archaeological sites – Sutton Hoo near the Suffolk coastline.

What is Sutton Hoo?

Deep in the English countryside, not far from the city of Ipswich, the rolling green hills of England hid a secret for over 1200 years. The only clue to the existence of something out of the ordinary was a series of raised mounds covered in grass that were not in keeping with the topography of the area. 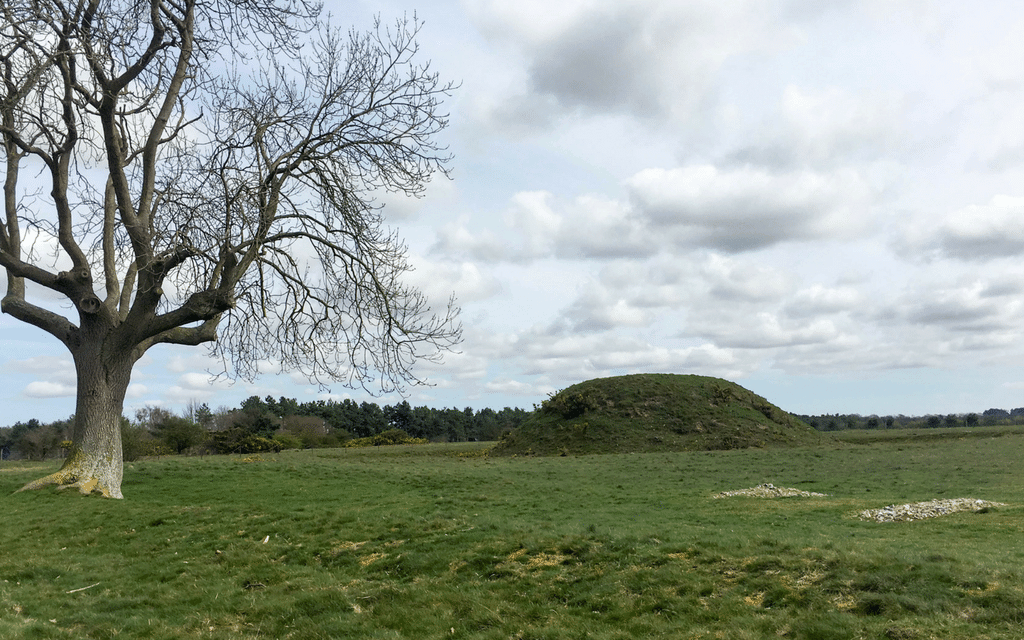 Intrigued by these mounds, in 1939 land owner Edith Pretty commissioned local archaeologist Basil Brown to start excavating the land. What he found was to be one of the most important archaeological sites in Britain.

Sutton Hoo is home to 18 burial grounds dating from the 6th and 7th century. Inside Burial Mound 1, the largest, and now most famous of these, Brown found an enormous wooden ship.

This was most likely the undisturbed and magnificent burial site of a very important leader, perhaps a king. Inside the Anglo Saxon boat was a well-preserved treasure trove of artefacts including jewellery, weapons, textiles and household goods.

The most famous relic collected during the excavation is the iconic and fabulously ornate helmet crafted from gold and precious stones. The helmet is world famous and is known simply as ‘the Sutton Hoo helmet’.

Examining these items discovered at Sutton Hoo has enabled historians to gather vital clues about life in Anglo-Saxon times.

We visited Sutton Hoo on an overcast spring day. The site is found among the rural pastures and beautiful heathland of Suffolk and was covered with daffodils and bluebells when we visited. 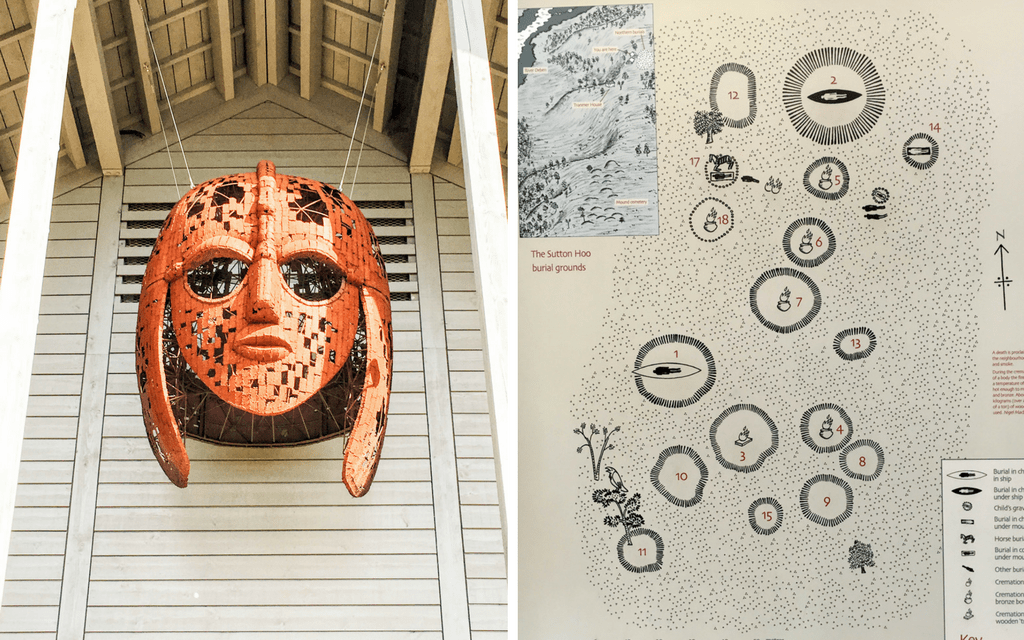 Our first point of call was the Exhibition Hall where we learnt all about the excavation and history of the site at Sutton Hoo. We found the displays interesting and they provided great insight into life in Anglo-Saxon times and the reasons for building the burial mounds.

The centrepiece of the hall is a replica of the ship burial chamber complete with furnishings, weaponry and ceremonial jewels giving you a sense of pageantry and symbolism of the original burial.

Next we ventured out to the fields and walked among the mounds. Mound two was reconstructed to show what it would have looked like prior to thousands of years of erosion.

Its appearance definitely signals that something interesting is hidden inside. I find it fascinating that the original mounds lay undisturbed for so long. Mound seventeen is the final resting place of a warrior and his horse. 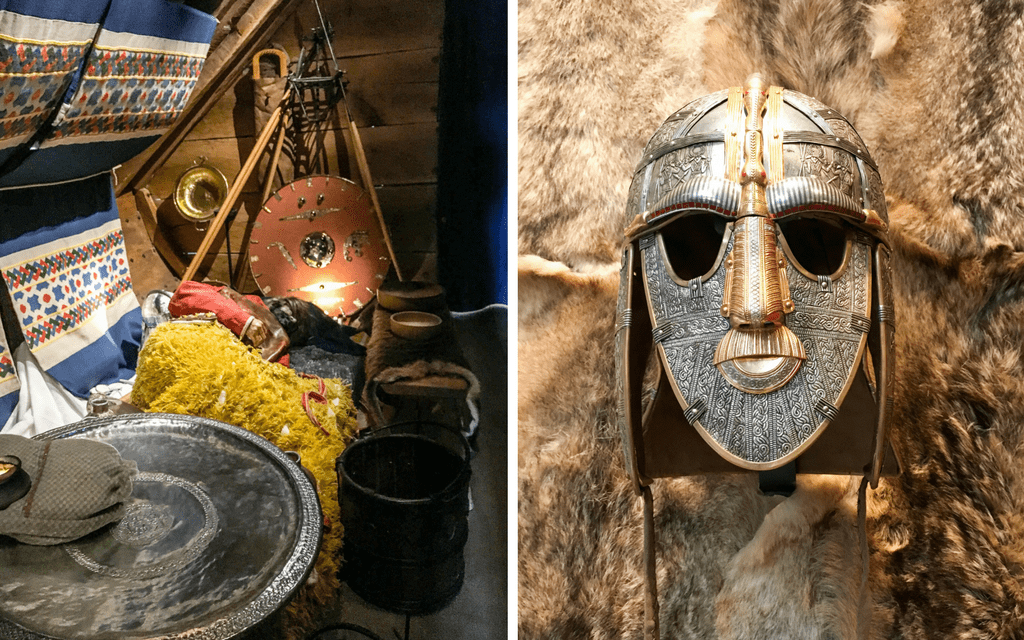 There is a 2 mile circuit walk that takes you round the estate and past the burial sites. You can also visit Edith Pretty’s 1930s house to learn more about the estate. We didn’t have time for this unfortunately.

The site at Sutton Hoo is managed by the National Trust who have done a brilliant job of bringing history to life. Our visit coincided with a festival celebrating the skills and legacy of Anglo-Saxon craftsmen and women.

Throughout the grounds of the site there were potters, weavers and metal workers demonstrating centuries old skills and crafts that were common centuries ago.

But the highlight of the day was running into this imposing looking man striding out towards the burial mounds. “Is that the King?,” my children cried.

He certainly looked regal. Research is ongoing to confirm the identity of the dignitary buried in the ship at Sutton Hoo however many historians believe that he is Raedwald, an Anglo-Saxon king. 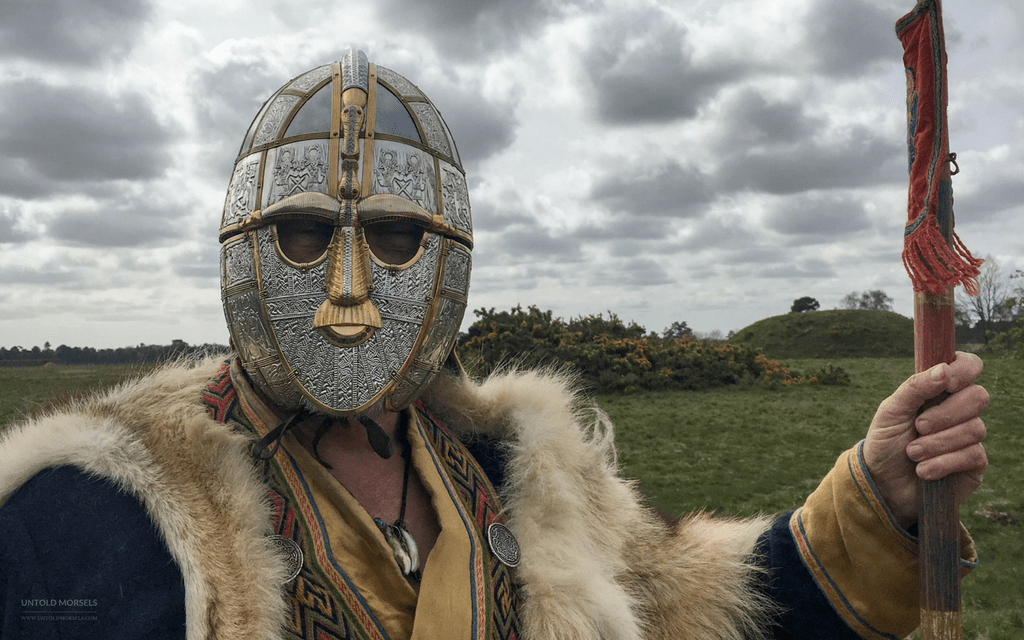 A certified history nerd, I am hell bent on passing on this passion to my children. The displays at Sutton Hoo made my job easy with dress ups, family trails and colouring in suitable for a wide range of ages.

Of course the children were impressed with the “King” and enjoyed making a brooch in the Anglo-Saxon style at the craft table. 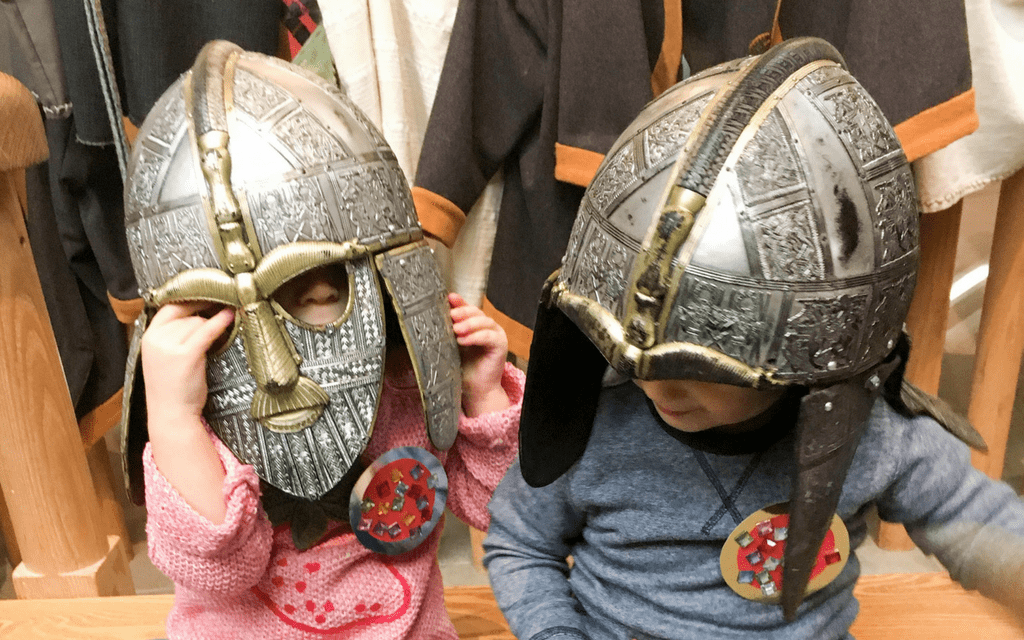 Sutton Hoo is open 10.30am – 17.00pm Monday to Friday and costs £8.20 per adult and £4.10 per child with some discounts available for families. Please check the National Trust website for more information.

Where is Sutton Hoo

You will need a car to get there and the drive from London takes about 2 hours. There is plenty of car parking on site. Visiting by train is possible but the nearest large station at Woodbridge is 3 miles away.

We did not eat on site but there is a large cafe overlooking the estate. Instead we had a lovely Sunday pub lunch just outside the estate at The Wilford Bridge pub. 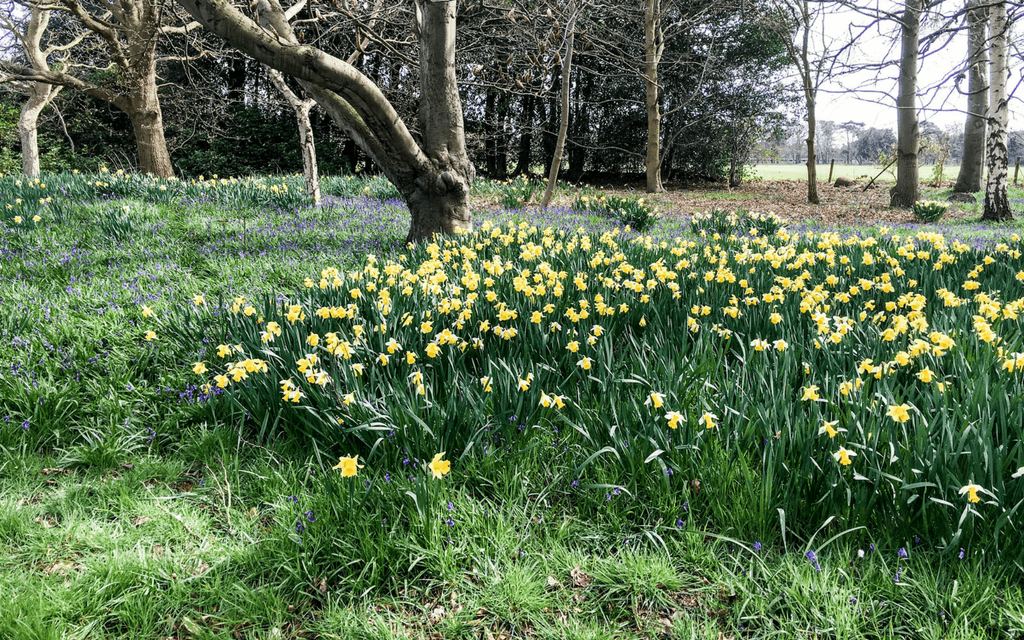 The treasures of Sutton Hoo at the British Museum

If you are interested in learning more about Sutton Hoo and are not able to visit the site itself, the British Museum houses and displays some of the important artefacts discovered there.

Visit Room 41: Europe 300 – 1,100 AD at the museum to see the iconic Sutton Hoo helmet, jewellery and weapons from the site bequeathed by Edith Pretty to the British people.

We may never know if the burial ceremony at Sutton Hoo included an Anglo-Saxon form of fireworks. However thanks to the discoveries at the site and ongoing efforts to preserve and further explore the treasures found, we have a deeper understanding of the culture of this time.

I think if I couldn’t be farewelled in a shower of fireworks then a magnificent wooden ship would be quite acceptable.