I was a teenager in the late 1980s in middle class suburbia of Melbourne, Australia so I’m not really sure how I came to love The Jam. The band had ceased to exist well before I was exploring British punk rock/mod pop.

I suspect I first heard That’s Entertainment on Lawrence Hudson’s show New Used and Abused on local independent radio station 3RRR and discovered their back catalogue from there. Lawrence was probably the closest thing we had to John Peel and introduced me to a world of teenage obsessions. Probably the less said about that the better.. 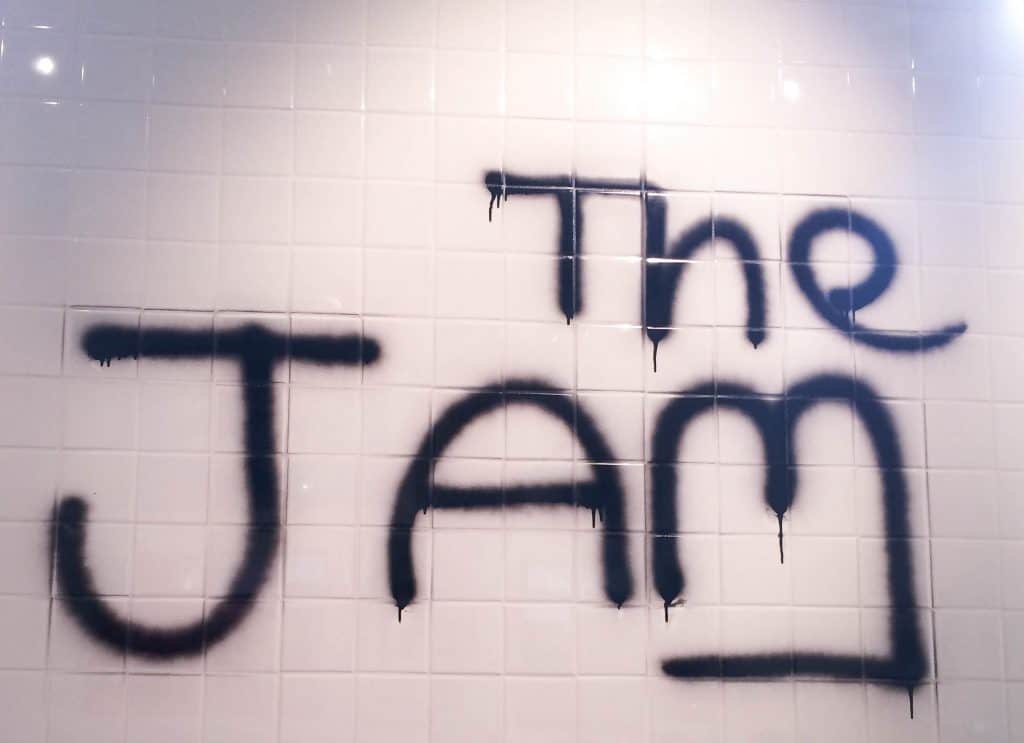 It is likely I was attracted by The Jam’s mod revival fashion and tales of disaffected youth rather than an understanding of the struggles of daily life in Britain. Anyway, some songs just stick with you throughout your life and for me The Jam’s A Town Called Malice and That’s Entertainment are tunes I return to over and over again. They remind me of crazy nights out with some of my best buddies going crazy on the dance floor and dreamy Sunday afternoons. 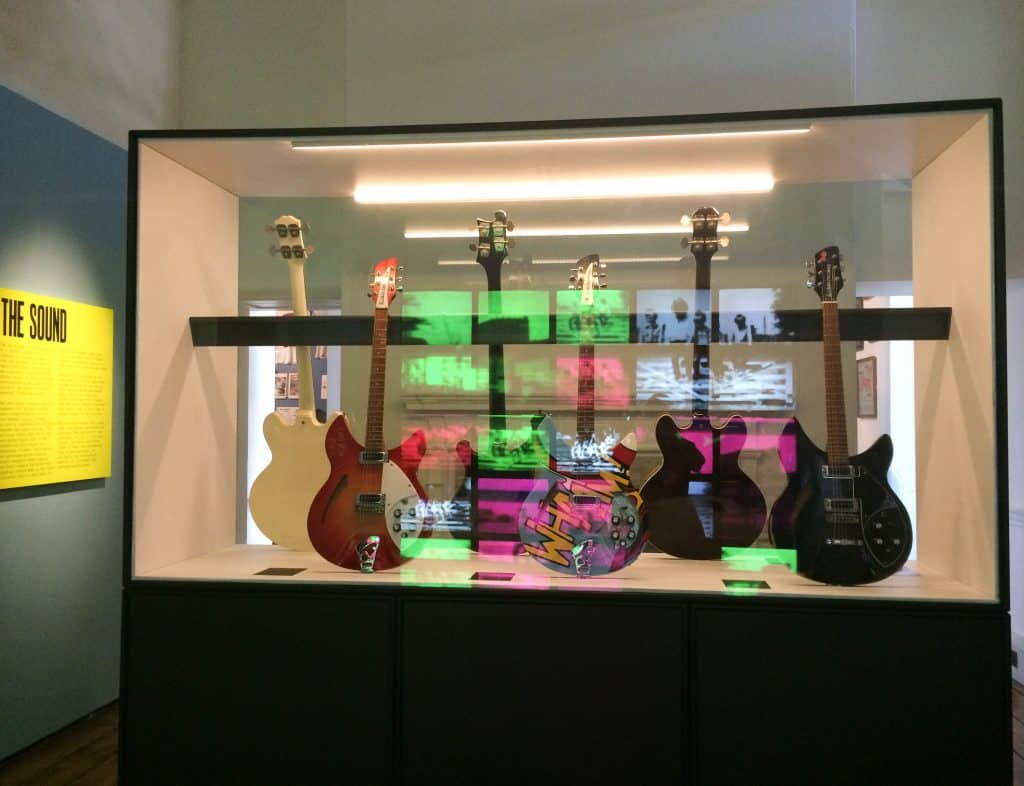 About the Young Idea at Somerset House

Somerset House’s exhibition About the Young Idea is a wonderful tribute to the band whose first recording in 1977 set them on a path to widespread acclaim as well as 4 number ones and 18 consecutive top 40 hits in the UK. The exhibition is a carefully curated compilation of live footage, memorabilia, early lyrics, art and fashion.  You are taken on a journey from the band’s early years at school in Woking under the guidance of Paul Weller’s dad – who sounds like a complete legend – to their eventual dissolution in 1982.

My favourite section is dedicated to the fans of the band. Honestly this really shows the character of these people. In a world currently obsessed by celebrity and elitism it’s easy to become a little jaded. However, not so long ago this band appreciated and nurtured their fan base led by Weller’s sister Nicky (who also helped create this exhibition) See example of hand written letter below. 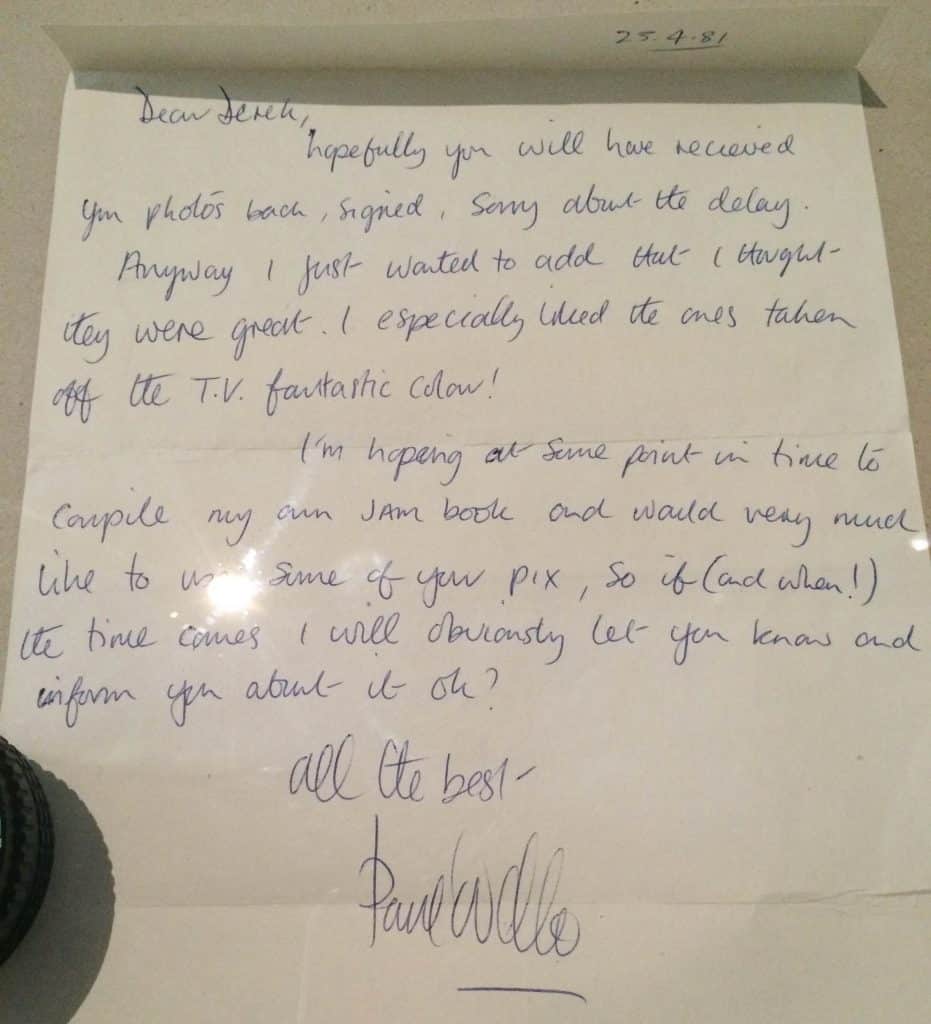 The influence of the band has been considerable and alongside treasured guitars, notes, footage and memoirs you will find insight on this influence by some of Britain’s subsequent music icons. Noel Gallagher describes the band’s songs as “touched by the hand of genius”.

You can visit the exhibition at Somerset House until 31st August and discover a little more about this iconic band who shaped Britain’s music scene into the 80s and beyond.

The Jam’s “best of” double album About the Young Idea has been released in conjunction with the exhibition. If you are on Spotify the link is here. Because the kids (still) know where it’s at.