Sometimes places that you visit stay with you for a long time. Last year we booked a relatively last-minute trip to France’s Picardy region with the intent of exploring châteaux, quaint villages and local markets.

These are the features of most regions of France but Picardy was also the scene of incredible tragedy over the past century. I didn’t expect to but I find myself thinking about those fields of France often and it seems fitting to discuss why on this ANZAC Day. 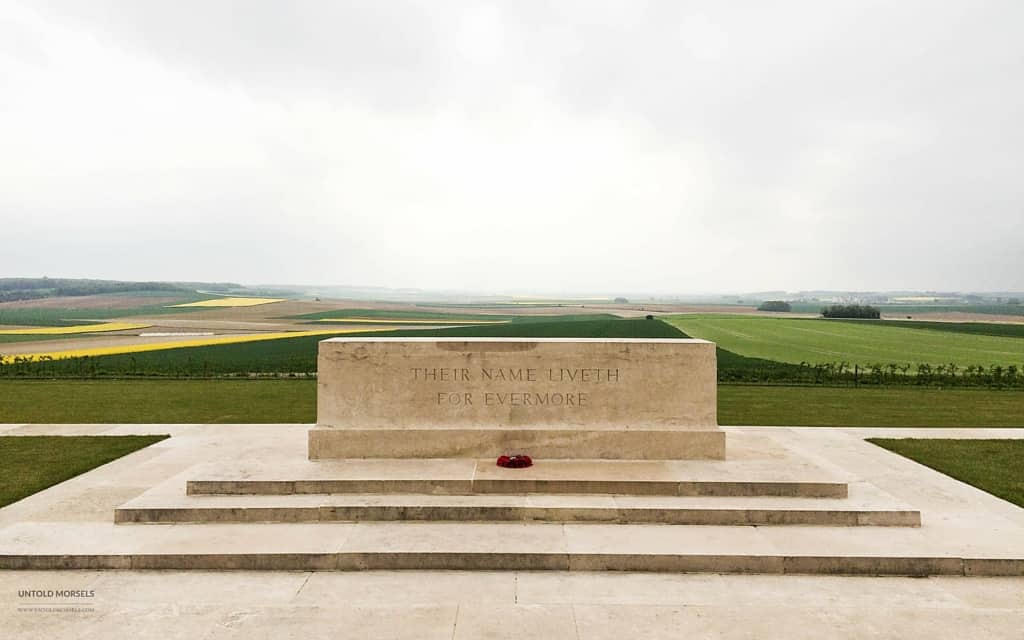 For Australian readers, ANZAC Day needs no introduction. Every year on 25th April Australians and New Zealanders remember those who served and fell in the service of their countries in both war and peace time operations.

ANZAC stands for Australian and New Zealand Army Corps. The date marks the first Allied landing on the beaches of Gallipoli in Turkey in 1915. The campaign at Gallipoli ended in huge losses for the allied armies and to the ANZACs and then symbolised the sacrifices our countries made in defence of the British Empire.

Since then in towns and cities across Australia and New Zealand, crowds gather for a solemn dawn service to commemorate the fallen and those who served for their country. The service ends with the haunting refrain of the bugle’s last post. ANZAC Day is also a public holiday in both countries.

Australia in the First World War and the Somme

Our visit to the Somme prompted some further research on my part and I gained some deeper insight into Australia’s role in the battles of the Western Front and the First World War. A war that my grandfather participated in briefly before being injured at Ypres.

We expect that people will be killed at war but most shocking to me was the number of Australian casualties in this country so far away from home. The First World War remains the conflict where our country experienced its most significant losses.

To put this into (even more) perspective the total estimated military and civilian casualties of the war were a staggering 37 million total military casualties across both sides of the conflict including 17 million deaths. Around half of these deaths occurred on the Western Front in Belgium and France and in the valley of the Somme.

There is no escaping this region’s place in history. Everywhere there are sad memorials to the fallen – on roadside shrines and in churches and towns. Buildings still bear the scars of the past with bullet and mortar damage.

We visited Villers-Bretonneux where you will find the Australian National Memorial in France. Sitting atop a hill overlooking the rolling fields of this beautiful part of France the memorial is elegant, dignified and sombre.

Completed in 1938, the memorial houses the graves of 770 Australian soldiers and lists the names of over 10,000 with no known grave killed during the First World War. French and Australian flags fly together over the immaculately maintained memorial demonstrating the level of esteem and importance the locals place upon their sacrifice.

Villers-Bretonneux was chosen for the memorial site due to Australian forces’ role in recapturing the town interestingly also on 25th April in 1918. This little village in France with an Australian flavour left a long-lasting impression on me. Everywhere you can see references to Australia and the role our country played in its history.

Sadly, the area suffered again during the Second World War and the memorial was damaged by mortar and bullets. These scars remain as a reminder of how important keeping an eye on the past is in order to protect the future. 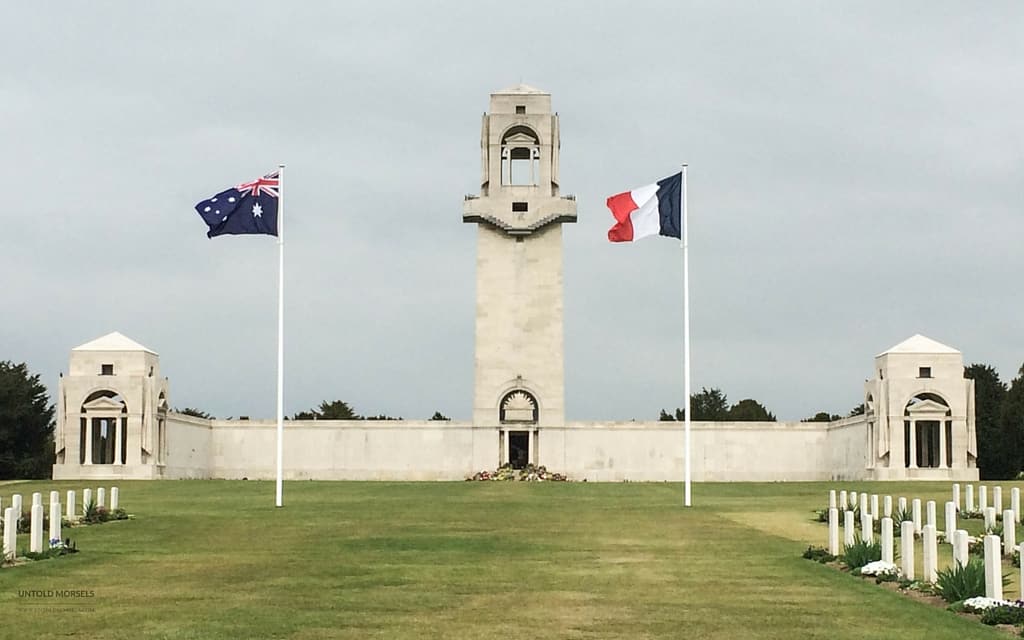 What ANZAC Day means to me

I have struggled with ANZAC Day and its role in the Australian psyche. Particularly during the first decade of this century the message of remembrance and acknowledging the futility of war got lost in the nationalist overtones of a country that still does not really know what it stands for (in my opinion).

Somehow the dawn services started to become overshadowed by a nationalism and traditions I don’t understand – southern cross tattoos, getting really drunk, playing 2 up (a gambling game).

Australia is now a very different nation than the one whose men and women served in the conflicts of the 20th century. From indigenous Australian and British origins we are now a multicultural melting pot of immigrants from all over the world. Many of whom are from countries who were our adversaries in these conflicts.

I have always felt the nationalistic emphasis on ANZAC Day was an affront to its history and exclusionary to large parts of our population. So the way the day has evolved sat uncomfortably with me.

A change in perspective

After visiting the Somme and discovering the absolute tragedy and waste of human life that occurred beyond what I had imagined, my perspective on ANZAC Day shifted.

I now think it is critically important to reclaim and keep the day as an opportunity to reflect and educate our children on the futility of war and the importance of learning from our past mistakes. 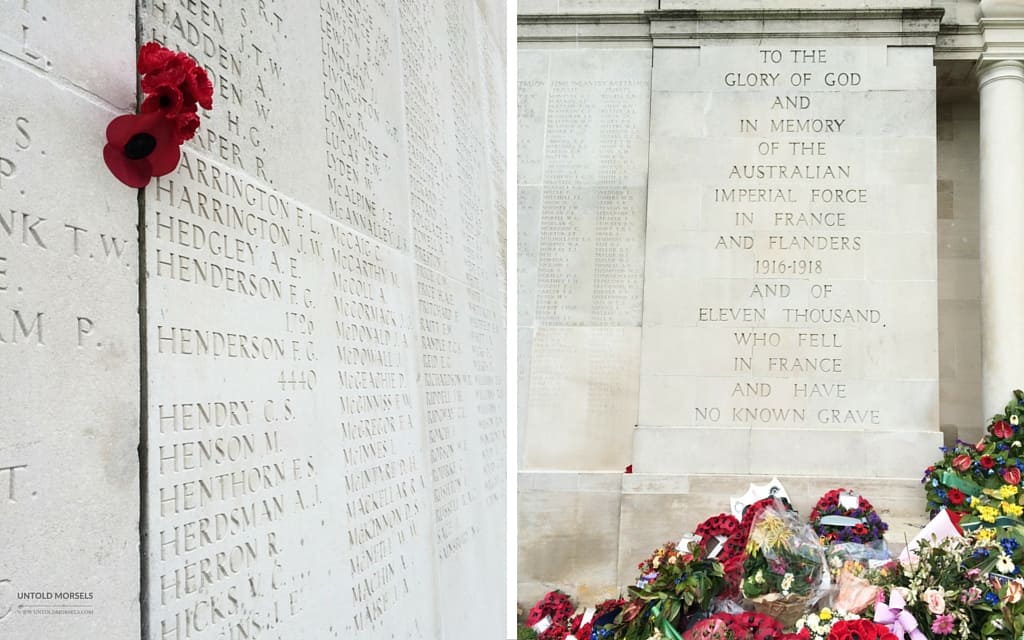 One ANZAC day tradition I do enjoy is making Anzac biscuits. These chewy oat, coconut and golden syrup treats have been made in Australia since the early 1900s and are also known as soldiers’ biscuits. They are rustic and delicious and in no way resemble the elegant sweet treats of France.

Here is a recipe I’ve shared before if you would like to try making them. I think quietly reflecting on the past over a cup of coffee and an Anzac biscuit is an appropriate way to spend the day.

How do you feel about ANZAC Day? Have you visited The Somme region? I would also be very interested in the Kiwi/NZ perspective on ANZAC Day. 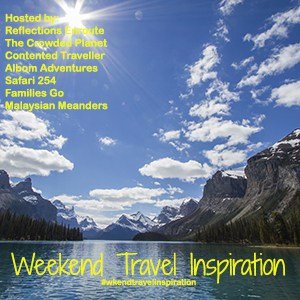