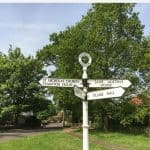 “If adventures will not befall a young lady in her own village, she must seek them abroad.” – Jane Austen

So wrote our heroine Jane Austen in one of my favourite novels, Northanger Abbey. It is a rare woman in western society who has not encountered Austen during her education or explored her writing further.

A recent visit from one of my dearest friends and fellow fan of the author prompted a pilgrimage of sorts to some of the places important in Jane’s life story.

This is an overview of our self drive Jane Austen tour from London exploring Jane’s life in Hampshire including information for fans who would like to do their own Jane Austen road trip. 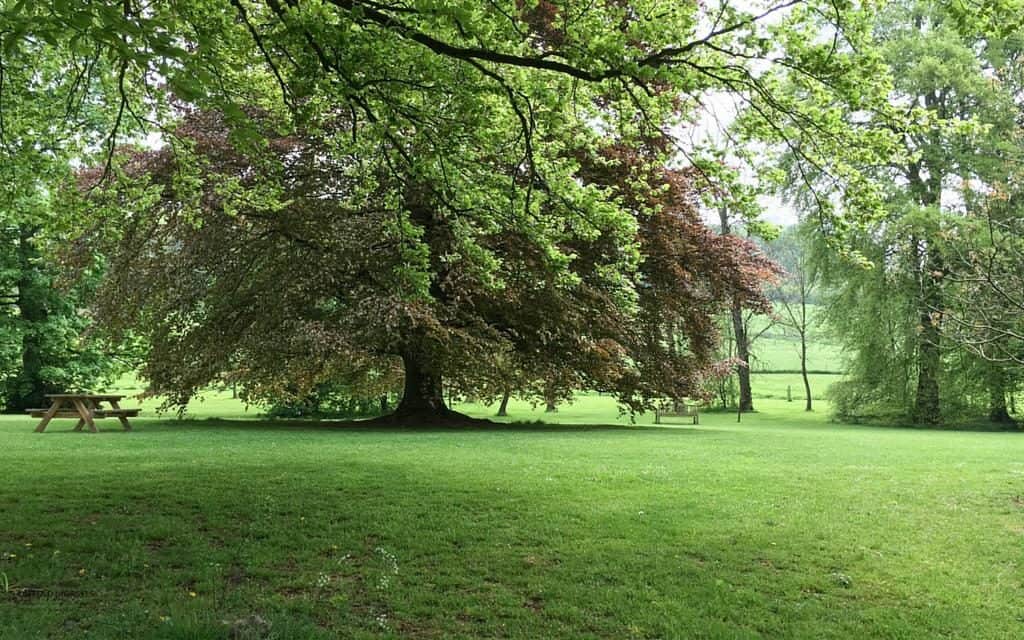 Described as England’s best-loved novelist,  Jane Austen penned some of literature’s most famous novels and is known for her sharp observations of nineteenth century English society.

Somehow her insight seems relevant today and I like many others have read and reread her stories several times.

Another two books – Northanger Abbey and Persuasion were published posthumously in 1918.

This trail is a full day driving outing from central London. The drive to/from Steventon or Chawton takes about 1 1/2 hours with a further half hour each way to and from Winchester.

We did this day trip in spring and the Hampshire landscapes were stunning – green rolling hills broken by fields of yellow rape seed flowers.

The tour is an easy day trip from London or an addition to your England itinerary.

If you are visiting from abroad and want to do this trip in one day I suggest that you rent a car at Heathrow airport. That way you can avoid most of the London traffic and take advantage of competitive rates.

We use Rentalcars.com to book cars in Europe.

If you want to travel by train you can reach Winchester and Chawton (via Alton) by train from Waterloo, changing at Southhampton or Woking. Unfortunately, Steventon is difficult to get to without a car.

Steventon, Oxfordshire – the village where Jane was born

Jane Austen was born into a large family in the village of Steventon in Oxfordshire in 1775. Her father was the local rector and the family lived in the village until 1800.

Arriving in Steventon we headed to the 600 year old church where Jane’s father was the rector. The family home has long been demolished but the simple church remains surrounded by rolling green hills. 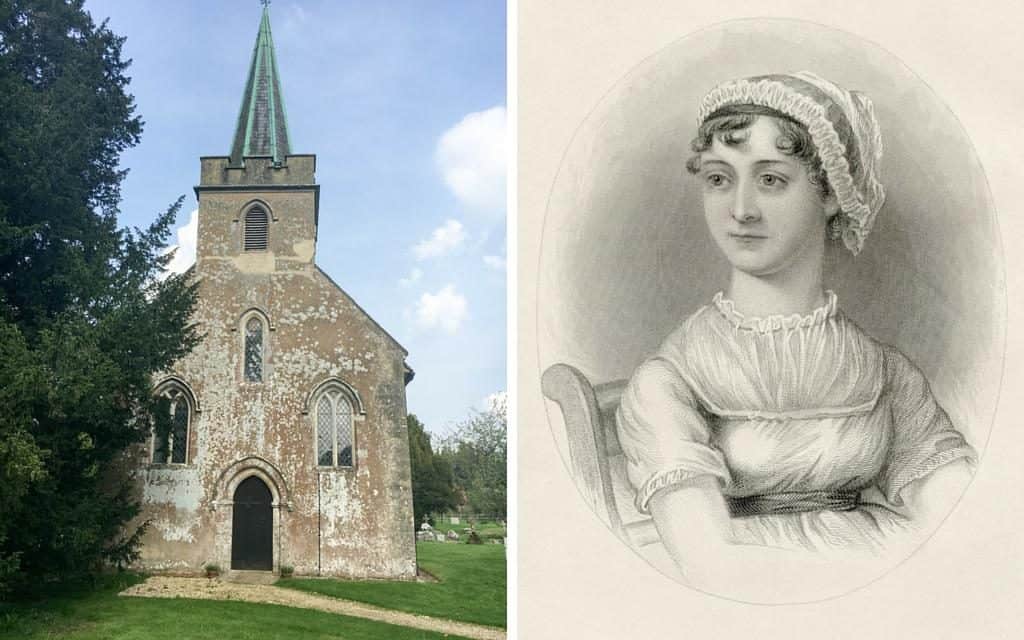 Jane grew up in the village nearby and her experiences here formed the basis for her famous storylines. She would have visited other notable families and attended dances and balls, noting the language and behaviour of her contemporaries.

Some of Jane’s family are buried in the church yard at Steventon and if you look closely  you will notice the wind vane on the church steeple is a quill, perhaps the only nod to its role in nurturing the talented author.

The Austen family left Steventon in 1800 and relocated to Bath after Jane’s father retired from the ministry. This proved a troubling time for Jane as her father was in ill-health and eventually died in 1805.

Without a large income Jane, her mother and sister Cassandra were forced to stay with relatives and use other temporary solutions.

During this time there is little evidence that Jane wrote much apart from daily correspondence. Eventually, the family moved to Chawton in 1809 where they were offered a cottage on Jane’s brother’s nearby estate – Chawton House.

This was the place Jane would spend the rest of her life. 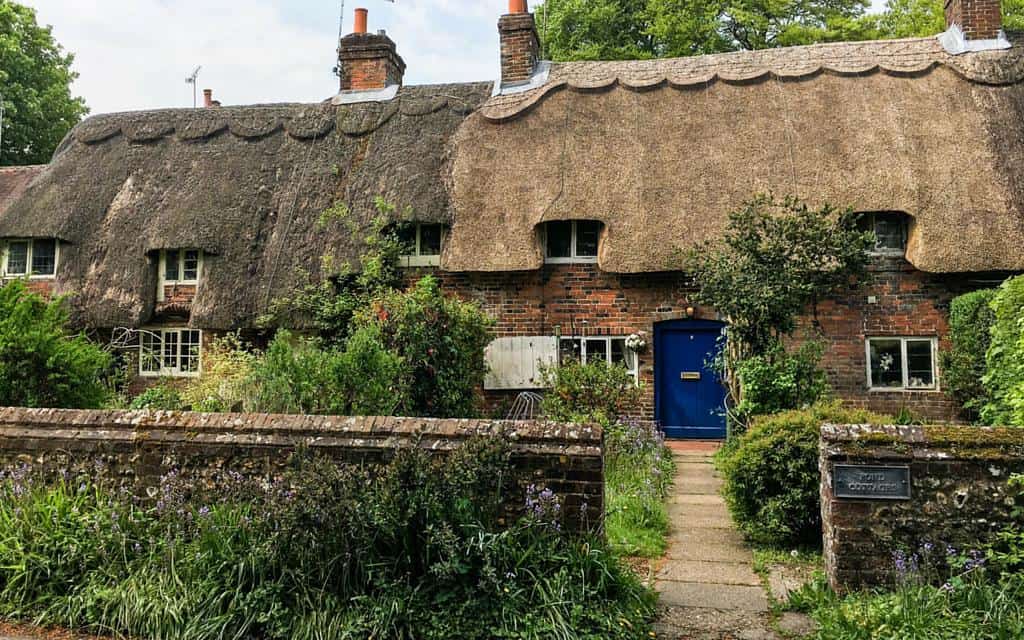 Chawton, Hampshire – the village where Jane wrote many novels

If your image of England was in some part created by Austen’s novels you no doubt imagine lush green countryside dotted with pretty villages.

The houses have thatched roofs. Paths wind through the fields and the hedgerows as wildflowers sway in the breeze.

Chawton is exactly what I imagined a perfect village in England’s countryside to be.

I suppose that is a testament to Austen’s writing that she was able to convey her environment so accurately. 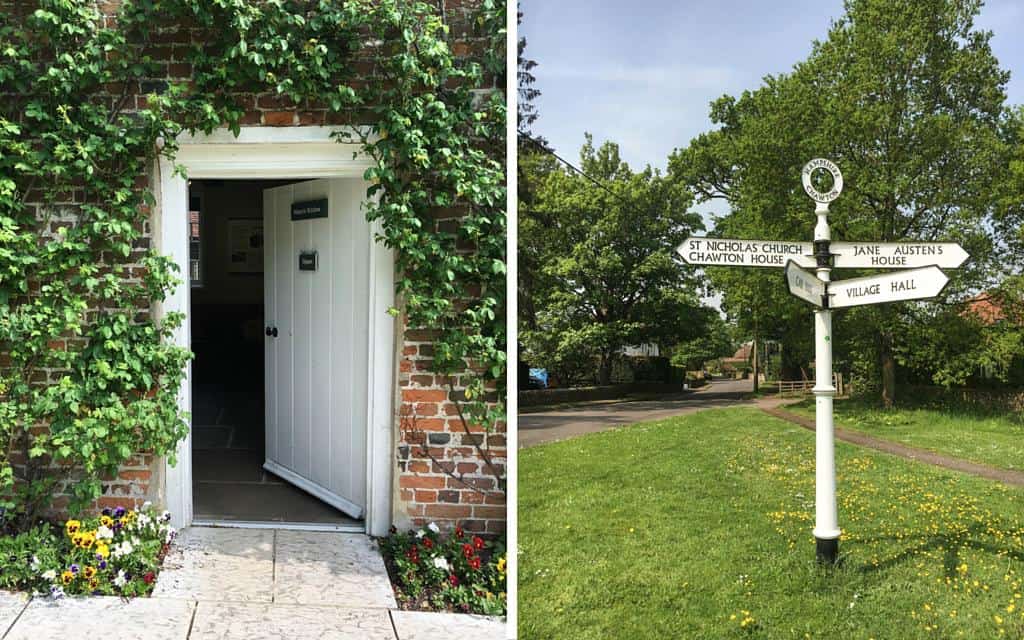 Chawton is home to Jane Austen’s House Museum. As the name suggests, it was the home Jane shared with her mother and sister in the final years of her life and from where her novels were finished and published.

Here you will find a treasure trove of Jane Austen memorabilia and insight into the author’s life.

The house is simple and restored to be as it was in the early 19th century. 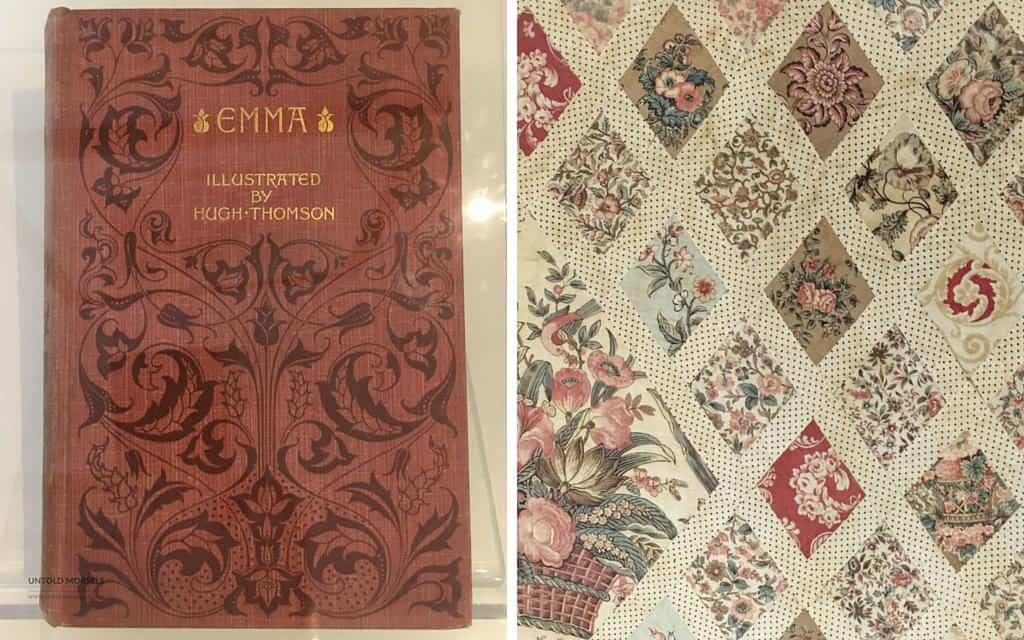 We enjoyed discovering more about Jane’s life through the exhibits of correspondence, family portraits and even a quilt made by Jane, her mother and sister.

You can wander the gardens and imagine Jane linking arms with Cassandra discussing the household goings on.

I was taken with the little desk sat by the window where I imagined Jane wrote her novels and letters. 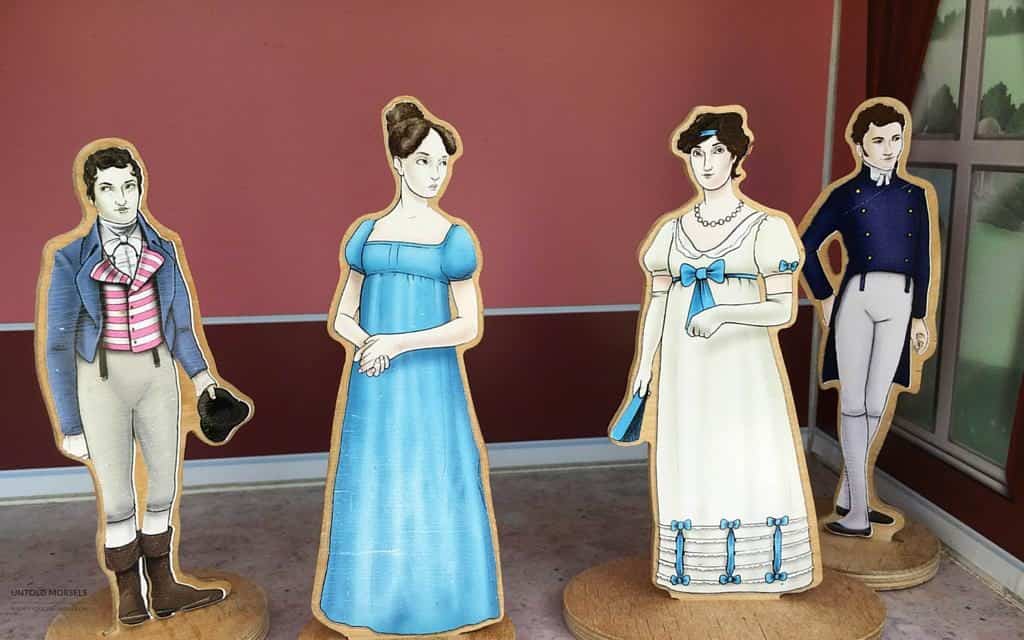 Those wanting to get into the spirit of the Regency era are able to try on a bonnet, make a lavender bag or recreate scenes from the books with wooden figurines.

Jane lived at Chawton for eight years until her life was tragically cut short at the age of 41.

The museum is also involved in Jane Austen Regency Week in June each year. This festival celebrates the life of the author and the period she lived in and wrote about.

Winchester – the city where Jane died and is buried 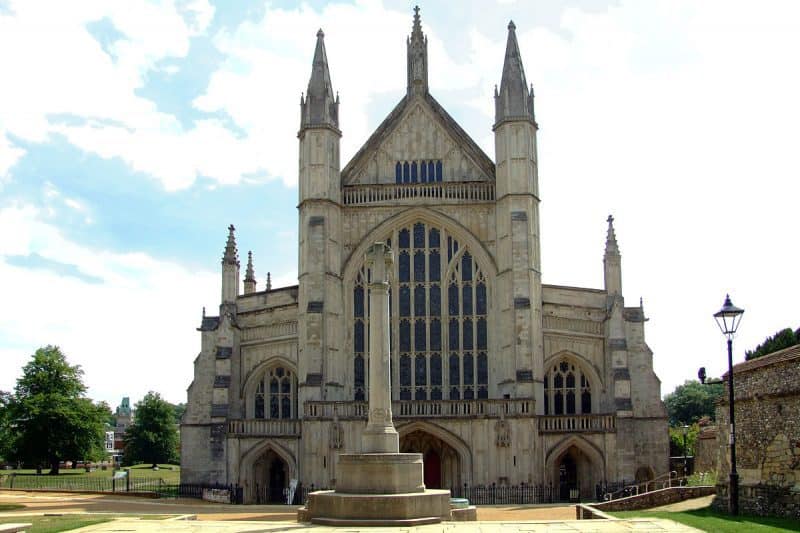 We know surprisingly little of Jane’s short life as many of the letters she wrote were destroyed or censored by family members keen to preserve her image. What we do know is intriguing and the subject of ongoing research and conjecture.

Jane Austen never married, though had likely been in love and received a proposal of marriage. She was extremely close to her sister Cassandra and wrote to her almost every day they were apart.

The exact cause of her death is unclear but it is known that she felt unwell for more than a year until deteriorating rapidly in April 1917.

The family moved her to Winchester where they hoped she could access better treatment however she passed away in Winchester hospital on 18th July 1817. 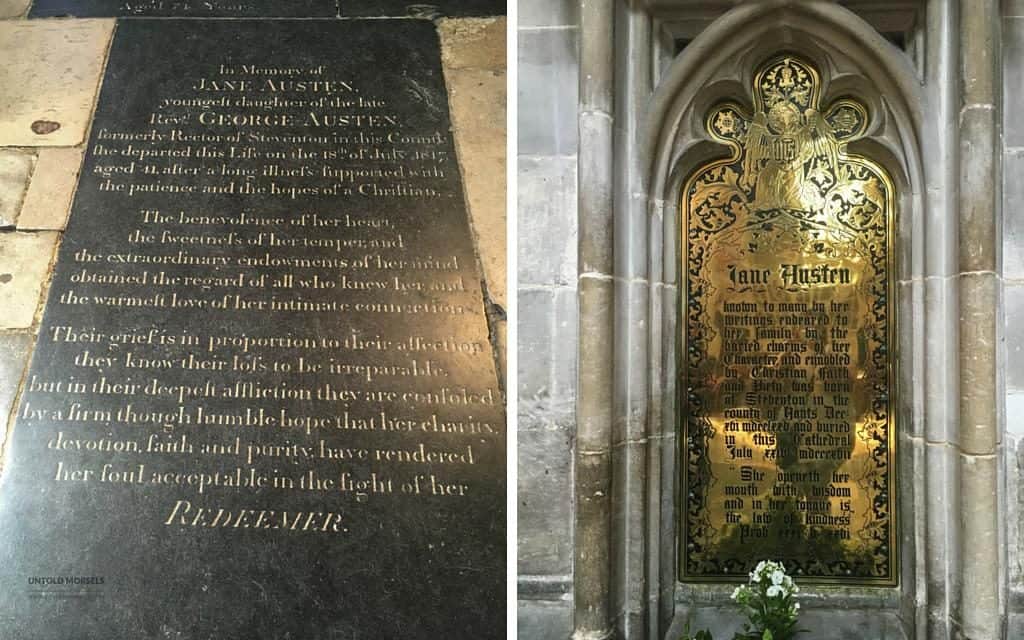 Jane Austen was buried in Winchester Cathedral’s north aisle. Here you will find three memorials to her. The original gravestone is simple and makes no mention of her career as an author.

Later, as her fame grew posthumously, the brass plaque on the wall was erected in her honour. A final memorial, a stained glass window above her grave was installed in 1900.

Our visit to Winchester was a fitting way to end our day exploring the life of Jane Austen and we spent the remainder of the afternoon exploring the gothic Cathedral and its surrounds.

More information on planning your visit can be found on the cathedral website.

If you don’t fancy exploring on your own, why not join a tour led by a Jane Austen enthusiast?

You can join Mr Darcy (!) on a tour of Chawton and Jane Austen’s house followed by afternoon tea! – click for more info

Jane Austen fans wanting to explore her life beyond these sites might be interested in visiting the following locations. 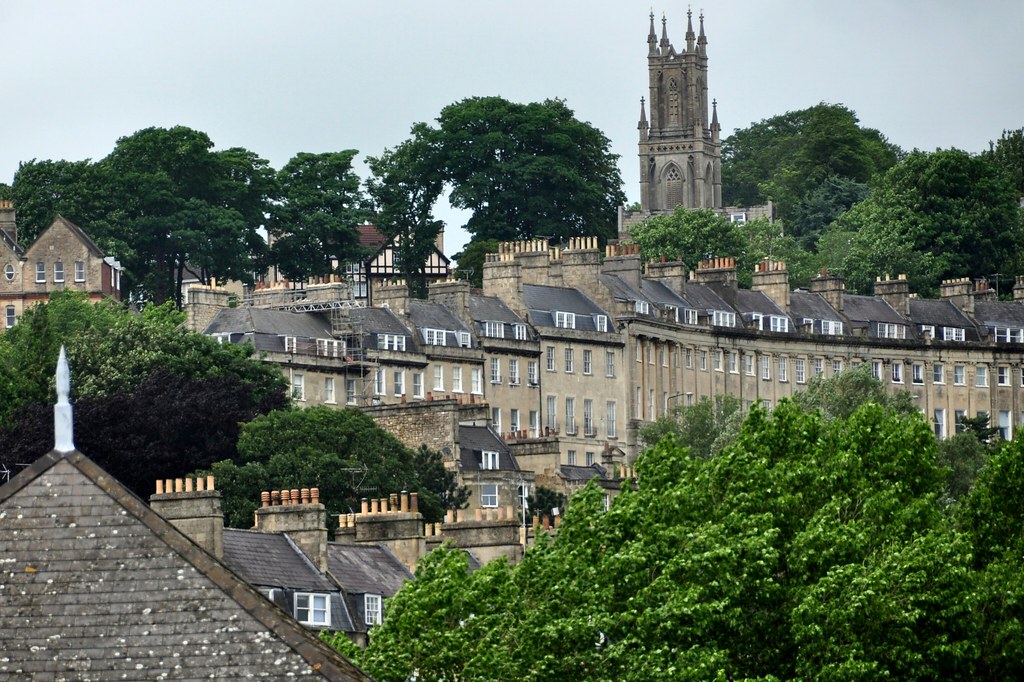 The setting for Northanger Abbey and Persuasion, Jane and her family lived in Bath for five years. Here you can visit the Jane Austen Centre, an exhibition exploring Jane’s life in Bath.

The centre also hosts the Jane Austen Festival that includes a costumed parade around the streets of Bath. 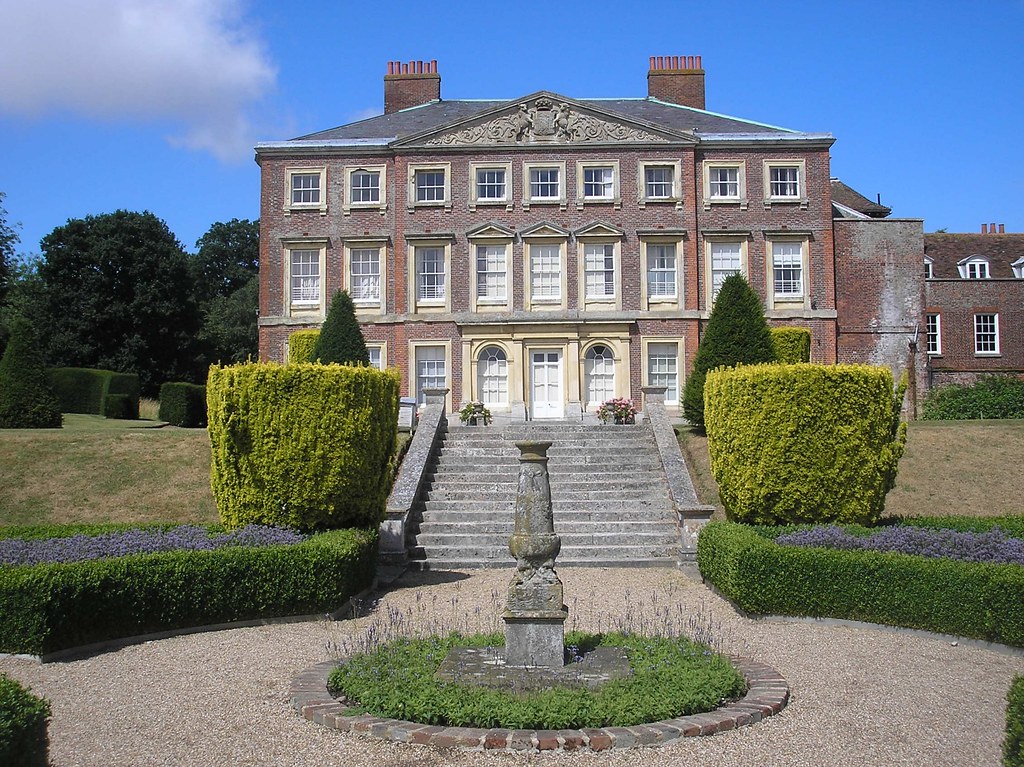 You can actually stay in this stately home  that Jane visited on several occasions. 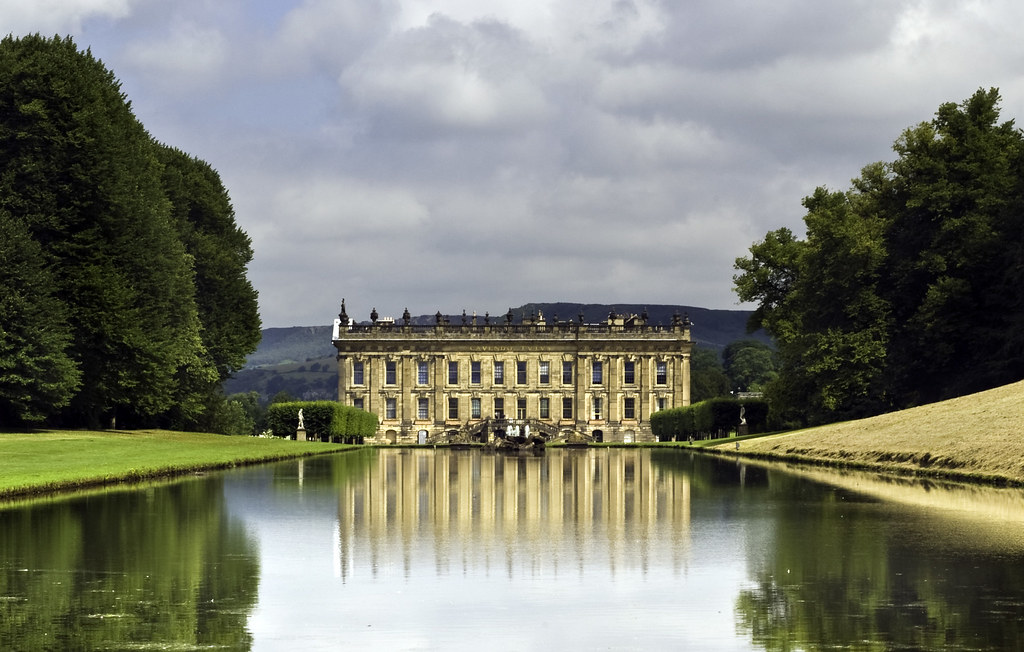 Fans of the BBC’s Pride and Prejudice adaption will enjoy visiting Chatsworth House.  This stately home is the setting for Mr Darcy’s Pemberly in the mini series starring Colin Firth.

Disclaimer: This article contains affiliate links. If you make a booking after clicking on one of these links, we may receive a small commission at no extra cost to you. All opinions are our own. Read more about our affiliate policy on our disclosure page.