Vines as far as the eye can see. These rustic vines were sleeping, their leaves mostly shed and branches bare. The fruit was picked many weeks earlier and had been relieved of its juice which lay in barrels fermenting with sugar and yeast.

Over the course of the next few months the liquid matures until it is ready to be bottled and ultimately drunk. The wine making process has been refined and tweaked in a million ways over the course of centuries in this region.

I learnt about France’s rich wine heritage and more on a Bordeaux wine tour of the Médoc in late autumn. 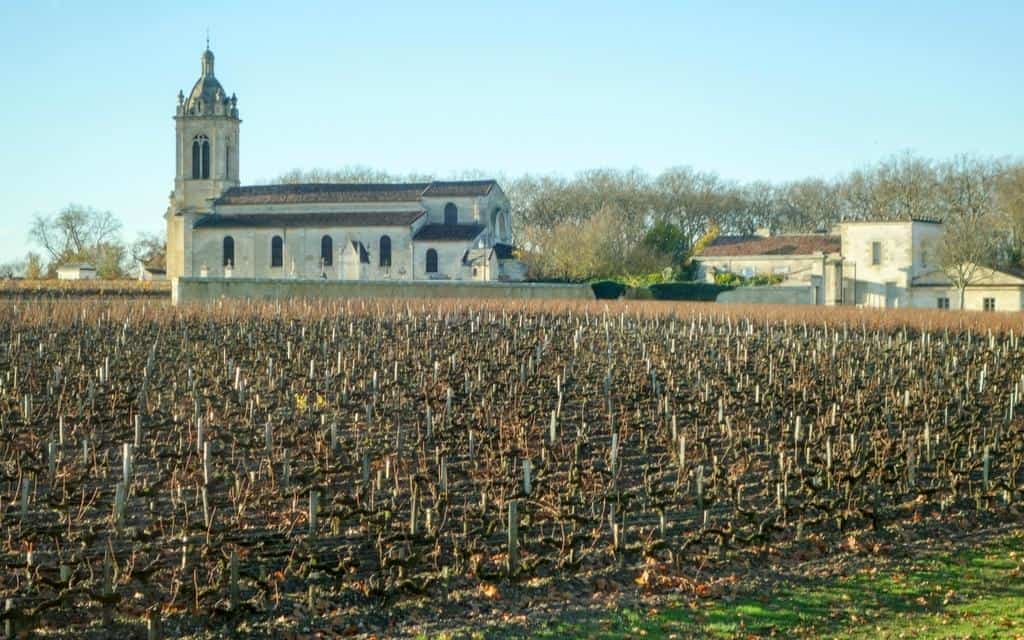 In an area renowned for its wine making the Médoc is first among equals. Home to over 1,000 of the 7,375 châteaux in the Bordeaux region, you find some of the world’s finest wines in this small pocket of France.

I took a half day tour that visited two châteaux and was fascinated to learn details of the process and culture of wine making in this part of the world.

En route to the châteaux we were given an overview of the terroir and history of wine making in the Médoc region. Uniquely positioned between the Garonne and Dordogne Rivers, the name Bordeaux derives from the French term au bord de l’eau meaning “along the waters”.

This situation, its location on the 45th parallel, certain weather conditions and unique soil composition mean that the region enjoys remarkable conditions for making wine.

10 interesting details I learnt on the Bordeaux wine tour 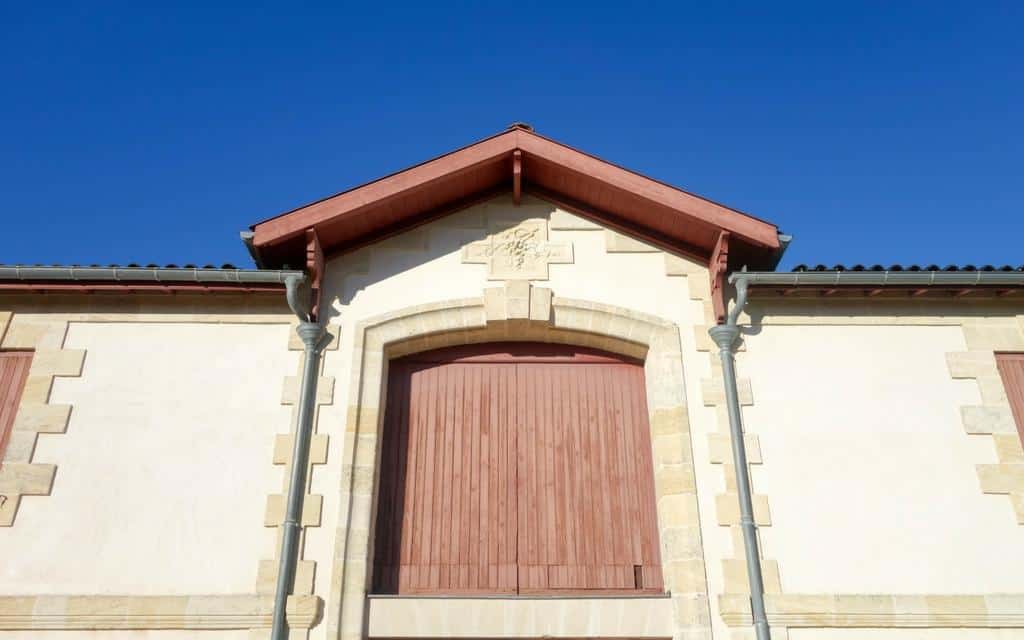 1. Wine has been made in Bordeaux since the 8th century when vines were introduced by the Romans. The vines were originally tended by local monks and many of today’s châteaux are former priories or monasteries

2. It wasn’t until the 12th century and the marriage of Eleanor of Aquitaine and Henry Plantagenet that Bordeaux wine was exported to England, establishing an industry now worth over €11.7 billion to the French economy

3. Bordeaux has 5 main wine districts each with their own unique style – St Emilion, Médoc, Pomerol, Sauternes and Graves 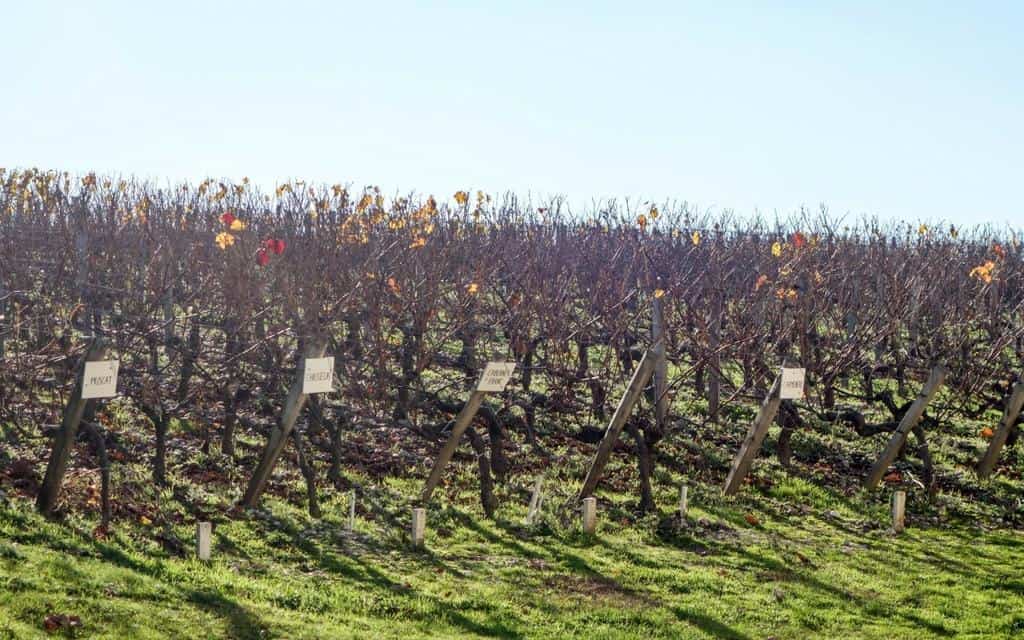 4. Gravel based soil is the key to the terroir of the Médoc region however soil composition varies from château to château and is a mixture of limestone, clay and mud 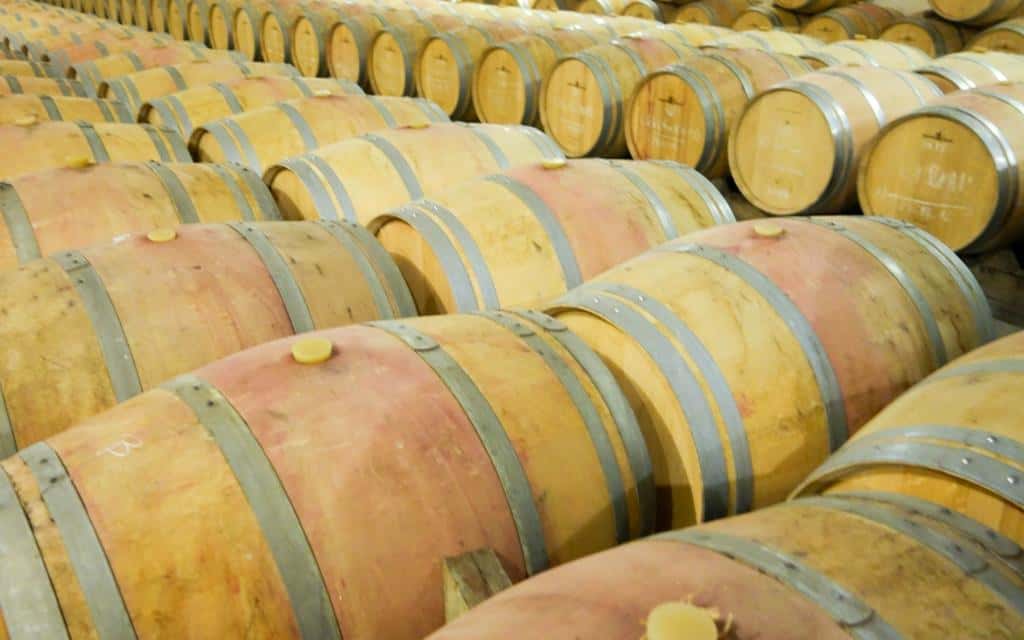 8. For the 1855 World Exposition in Paris, Emperor Napoleon III commanded a classification of Bordeaux wines be established. This classification ranked wines in importance from 1st to 5th growth or cru based on the quality of the wine and reputation of the château. All except one of the red wines listed in the classification came from the Médoc region. There have been minimal changes to the listing since 1855

9. Egg white or albumen is used as a refining agent to clarify wine and remove tannin particles, a process that originated in the Bordeaux region

10. Over 850 million bottles of wine are produced in the Bordeaux region each year 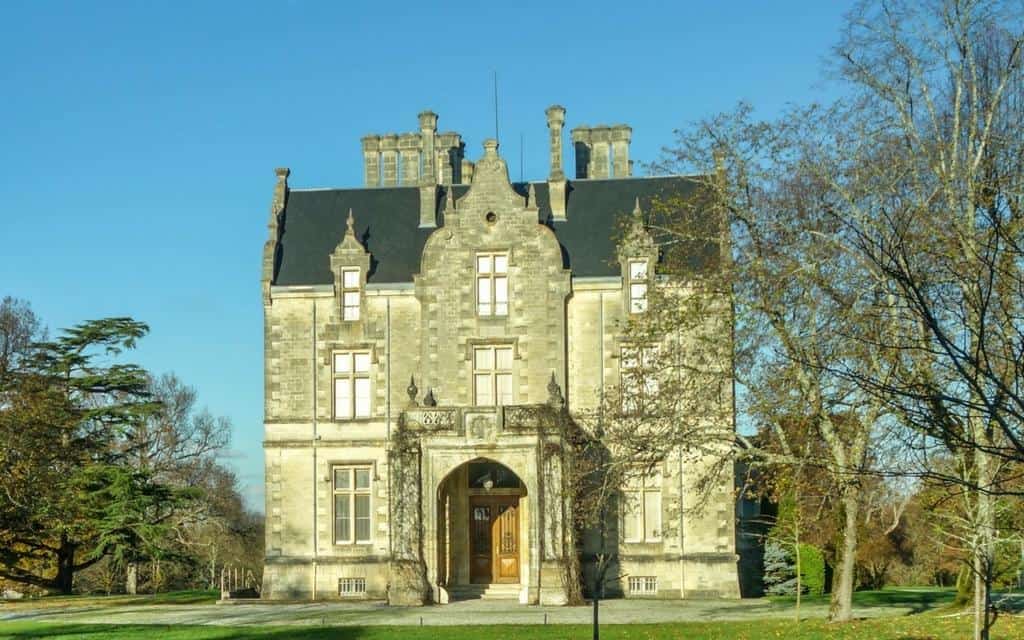 Our first stop was Château Lanessan where the same family has been making wine for 8 generations. Covering 80 hectares of the Haut-Médoc region the château produces 400,000 bottles of their Cabernet Sauvignon blended wines each year. We were taken on a tour of the vat rooms and cellar and explained the process of wine making at the château. In the cellar were housed 700 barrels of wine that would be bottled in June with a recommendation to cellar for 15-20 years.

I enjoyed tasting the main Château Lanessan and Les Calèches de Lanessan wines with a deeper understanding of their history and provenance. As I am a lover of Cabernet Sauvignon blends I found both wines to be delicious and unique.

With a long and rich history Château Prieuré-Lichine is found in the prestigious Margaux region of the Médoc. Once belonging to the Priory of Cantenac, monks worked the fields and the vines here dating back to the 12th century.  During the French Revolution the priory survived requisition by the Republic due to its links with the church and in 1855 its wine was named Quatrièmes Crus (Fourth Growths) in the Bordeaux Wine Official Classification.

These days the wine is produced with modern techniques including a state of the art room with huge 2 storey concrete vats. The wines blend Cabernet Sauvignon and Merlot grape varieties with Petit Verdot and Cabernet Franc. I tasted my favourite wine of the day at Château Prieuré-Lichine. Even at a young age I could taste the smooth complexity of their eponymous wine.

The past, present and future of Bordeaux wines

At both châteaux I enjoyed hearing how the wine makers had adjusted their techniques to adopt new technology and held onto traditional methods where it made sense. Both châteaux have taken advantage of optical sorting machines that test the quality of each berry using laser technology. However I noted that the first sorting is done by hand as it has been for centuries at Château Prieuré-Lichine.

Talent is acknowledged in the art of wine making in the Médoc but there is also a deep respect for experience and knowledge of the wine makers of the past. There is a growing concern about the impact of climate change on the region. The wine makers deep knowledge of weather conditions and terroir of their region means they know that even subtle shifts in temperature can have a significant impact on the quality and taste of the wine produced. 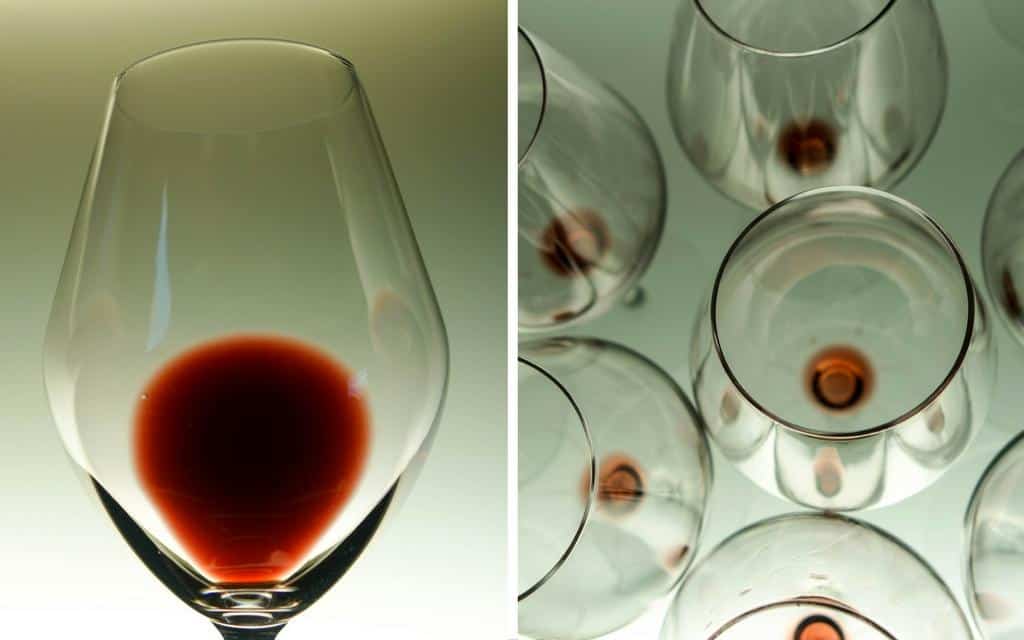 The city of Bordeaux lies at the heart of the making region of the same name. Tours depart from the city centre daily. There are options to suit most tastes, timeframes and budgets taking in the main wine regions – Médoc and St Emilion.

Our half day Médoc tour was on a large comfortable coach with around 40 other people. The tour guide on the Châteaux and Terroirs: On the Bordeaux Wine Road tour was friendly and knowledgable and delivered her commentary well in both English and French.

Over the course of 5 hours we visited two châteaux and learnt about several others as well as the history and culture of the region. We had interesting behind the scenes tours of the vat rooms and cellars of these vineyards and tasted two wines at each property. 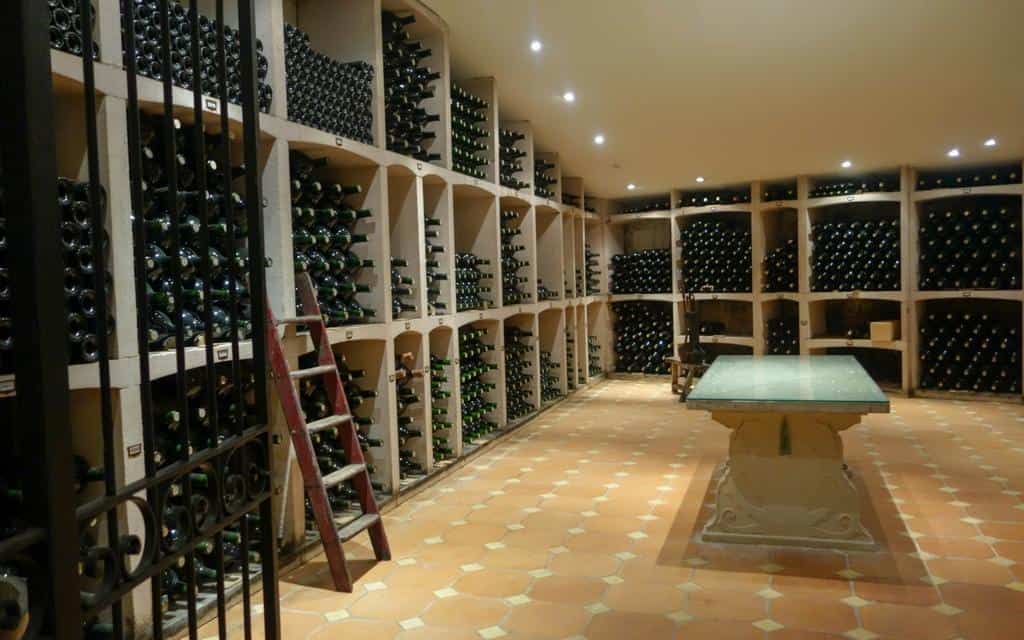 The tour was a great introduction to the wines of this region and complemented our wine education at the wine museum La Cité du Vin the previous day. Those with a more in-depth knowledge of wine and Bordeaux varieties may prefer to do one of the smaller tours focused on boutique châteaux.

Visit the Bordeaux tourist office for the latest Bordeaux wine tour information or check out some of the deals below.

Powered by GetYourGuide. Become a partner.

Have you visited the wine regions of Bordeaux? What is your favourite region or wine?

I was kindly given a complimentary ticket for the wine tour by the Bordeaux Tourist Office. All opinions are my own and honest. Please check my disclosure page for more information. 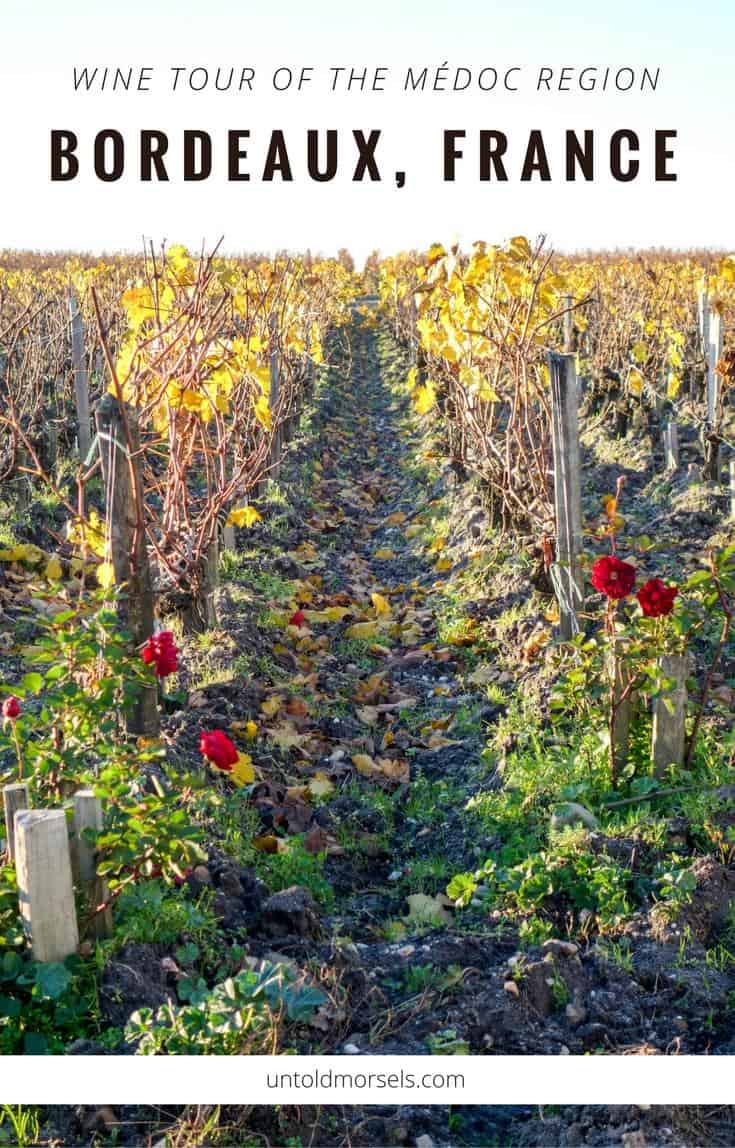 We stayed at Le Boutique Hotel Bordeaux and recommend wine lovers and families stay at this charming and centrally located small hotel when visiting Bordeaux.

I adore France. These are some of my other favourite cities, regions and French experiences